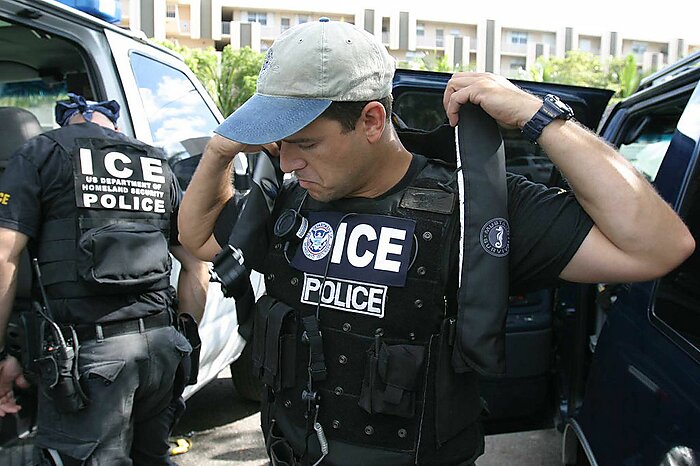 During his presidential campaign Donald Trump proposed the “extreme vetting” of immigrants. Civil libertarians criticized the proposal, not least because the Extreme Vetting Initiative mandated by one of President Trump’s first executive orders sought technology that would use machine learning to determine whether visa applicants would be likely to contribute to society and the national interest. Fortunately, Immigration and Customs Enforcement (ICE) – is no longer pursuing this vetting technology.

In January 2017 President Trump issued Executive Order 13769, which stated in part (emphasis mine):

Sec. 4. Implementing Uniform Screening Standards for All Immigration Programs. (a) The Secretary of State, the Secretary of Homeland Security, the Director of National Intelligence, and the Director of the Federal Bureau of Investigation shall implement a program, as part of the adjudication process for immigration benefits, to identify individuals seeking to enter the United States on a fraudulent basis with the intent to cause harm, or who are at risk of causing harm subsequent to their admission. This program will include the development of a uniform screening standard and procedure, such as […] a process to evaluate the applicant’s likelihood of becoming a positively contributing member of society and the applicant’s ability to make contributions to the national interest; and a mechanism to assess whether or not the applicant has the intent to commit criminal or terrorist acts after entering the United States.

The Extreme Vetting Initiative tasked with implementing (among things) this feature of Trump’s executive order, included the following in its statement of objectives:

A background document on the initiative outlined requirements, including the exploitation of publicly available information found on blogs, social media, academic websites, and other online sources. The same backgrounder went on to state that the goal was for the initiative to generate 10,000 investigatory leads each year.

Earlier this year dozens of computer scientists, mathematicians, and engineers wrote a letter to then‐​Acting Secretary of Homeland Security Elaine Duke, outlining the numerous issued associated with the Extreme Vetting Initiative. As I noted in November last year, the letter highlighted that ICE’s proposal would likely be discriminatory as well as unreliable. From the letter:

For more information on the Extreme Vetting Initiative, including original ICE documents, visit the Brennan Center for Justice’s resource page.