How Much Does Your State Government Depend on Federal Funds?

This week the Indianapolis Star published an op‐​ed I wrote on Indiana state government’s reliance on federal funds. I said that “Most Hoosiers would be surprised to know that under [Gov. Mike] Pence’s first budget proposal, federal funds would have accounted for around 35 percent of total state spending.” I intended to look at the other 49 states because I imagine most citizens would be surprised at how much of the money their state government spends originates in Washington. However, the Tax Foundation beat me to the punch in this week’s “Monday Map”: 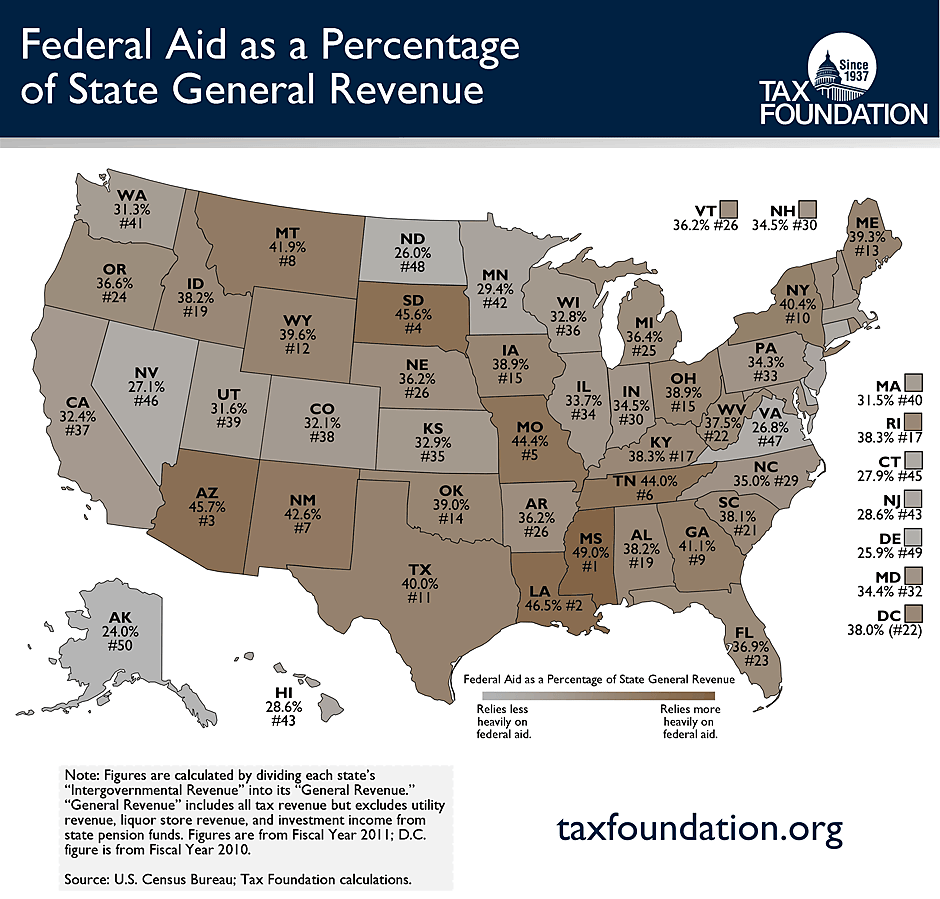 As I explained in my op‐​ed, state politicians like “free” federal money. The problem is the money isn’t free:

The appeal of federal funds to governors is obvious: They get to spend additional money without having to raise taxes on their voters to pay for it. A problem with this arrangement is that it creates a fiscal illusion — state taxpayers perceive the cost of government to be cheaper than it really is. In effect, the federal money and a large part of the annual budget appears to be “free.”


But Hoosiers should be mindful that every dollar Washington sends to Indianapolis is a dollar taken from taxpayers in Indiana and the other states. (The return is actually less than a dollar since the federal bureaucracy takes its cut). The situation is no different when the federal dollars go instead to, say, Sacramento. In addition, economists have found that federal subsidies to the states lead to higher state taxes and spending in the long‐​run because the federal “seed money” creates a demand for more government.

See this Downsizing Government essay for more on federal subsidies to the states.