The picture below, taken from a story in The Economist, shows that France, Germany, and Italy are among the nations with the most central bank employees (as a share of the population). In some sense, this is a dog‐​bites‐​man factoid. After all, is anyone surprised that Europe’s major welfare states have bloated public payrolls? But there’s more to this story. All three of these central banks ceased to have a monetary policy, starting back in 2002, when their nations adopted the euro. The mission is gone, but the bureaucracy lives on. 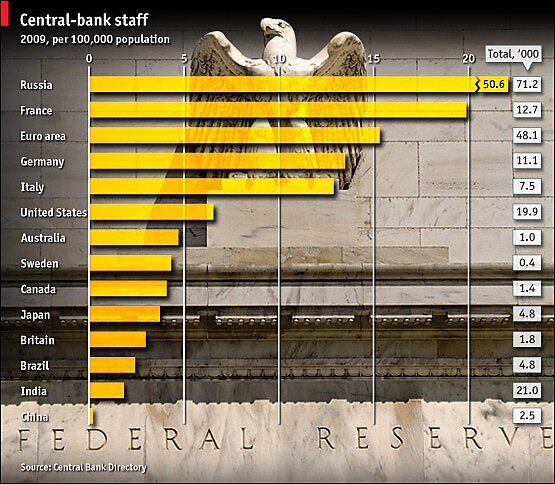 To be fair, the bureaucrats in these nations presumably are not sitting in quiet rooms playing minesweeper. Perhaps these central banks are responsible for other functions, such as financial regulation. Of course, given how governments around the world pursued policies that led to a financial crisis, perhaps all of us would be better off if bureaucrats did play computer games all day.