Washington, DC is a company town, and the company is the federal government. Between the executive branch, the Congress, the Supreme Court and all the rent‐​seekers and hangers‐​on that come to court power, the city is a veritable petri dish that breeds and nurtures the worst human impulses. Some Cato people live here, too.


Local politics in DC is so dominated by Democrats that the Republican Party in DC is a perennial butt of jokes. Between its role as the seat of the federal government and the Democratic Party’s Turkmenbashi‐​level control of local government, it is a city that conservatives love to hate.


Across the river in Virginia, by contrast, there are lots of Republicans, and they are still able to compete against the Democrats statewide. Lots of Republican politicians in Virginia sing sweet songs about the dangers of big government and hold themselves out as the true holders of the limited government faith. But it sure would be nice if they could spit the teat out of their own mouths while they warble:

Ten cents of every federal procurement dollar spent anywhere on Earth is spent in Virginia. More than 15,000 Virginia companies hold federal contracts, a number that has almost tripled since 2001. Total federal spending — from salaries to outsourced contracts — has more than doubled, to $118 billion, since 2000, as homeland security and defense spending skyrocketed in response to the 2001 terrorist attacks and the wars in Iraq and Afghanistan. By 2008, it accounted for about 30 percent of Virginia’s entire economy.


Federal dollars have filtered through the rest of the economy, too, helping to build the high‐​tech Dulles corridor and funding new homes and cars for federal workers and contractors and meals at local restaurants. The billions have helped fuel the economic boom cycles of the past decade and have cushioned the blow of the recent recession, particularly in Northern Virginia, where the unemployment rate has stayed stubbornly below 6 percent, less than the state and national rates. 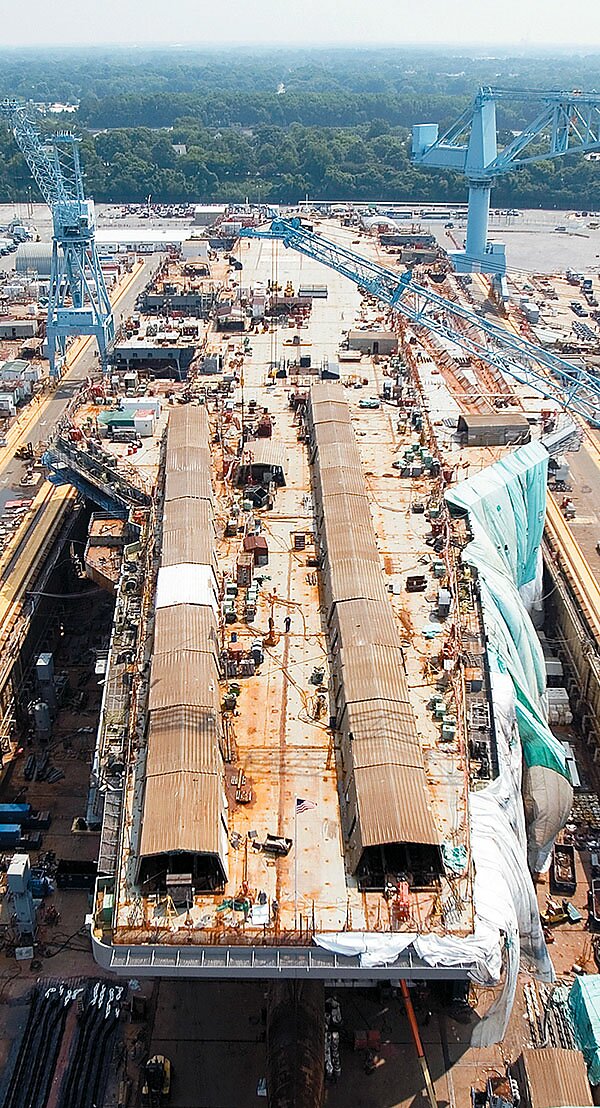 
In an interview, [Governor Bob] McDonnell acknowledged last week that federal per‐​capital spending is high in Virginia. And it is true, he said, that most of Northrop Grumman’s business comes from the government. But he said the company’s business is largely defense‐​related, including shipbuilding in the Newport News area.


“I call that good investment and good federal spending,” he said.


He said the government must restrain spending in other areas — entitlements, earmarks and “other kinds of pork projects.”

Note that McDonnell’s definition of “good” versus “bad” spending seems either to be determined by potential lethality or by location in his state. As the article points out, “defense spending accounts for 900,000 Virginia jobs, close to one in five in the state.” Moreover, McDonnell makes no argument about why we need to prepare to fight China, which makes up the bulk of the justification for the Northrop project in Newport News. (Which, by the way, is an awesome sight, in a literal sense, but also terribly wasteful.)


Moreover, you could zero out “pork” and earmarks tomorrow and while morally satisfying, it would not come even close to filling in the giant hole our rulers in Washington have dug. And as for entitlements? By all means, let’s take a scythe to them. Except a recent Economist/​YouGov poll asked the question “If government spending is reduced in order to cut the budget, which of the following government programs should receive lower federal funding than they currently do?” Seven percent ticked the “Medicare” box, seven percent ticked “Social Security” and 11 percent ticked “Medicaid.” In fairness to McDonnell, only 22 percent selected “national defense” and there was only one item, foreign aid, that won a majority.


If getting the deficit fixed means relying entirely on cutting pork, earmarks, and entitlements, the picture is grim. Defense spending needs to be on the table. Even the parts in Virginia.