Alexandria Ocasio‐​Cortez, the recent winner of a Democratic primary for Congress in New York, argued that free‐​trade agreements (FTAs) have caused the number of refugees and asylum seekers to the United States to grow. This is a somewhat common claim among some critics of trade or FTAs in particular. 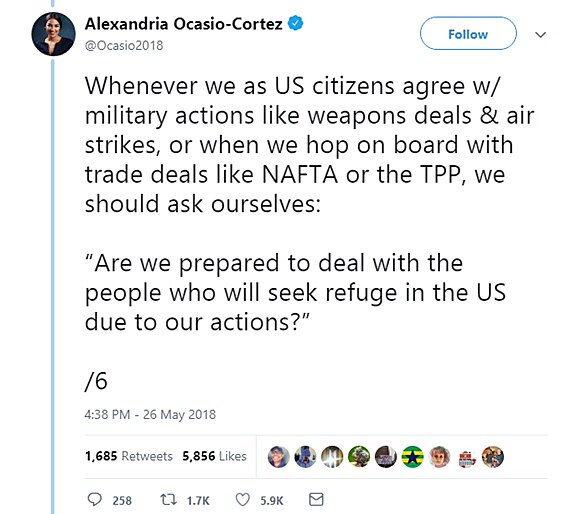 
Next, we ran several regressions to see the relationship between having an FTA with the United States and the number of asylum seekers, refugees, or those two categories of humanitarian visas combined who arrive in the United States from those countries. The first regression was a difference‐​in‐​differences with two‐​way fixed effects. The second was a difference‐​in‐​differences regression with linear time trends. The third was a triple difference‐​in‐​differences with two‐​way fixed effects that also included asylum seekers, refugees, and humanitarian immigrants from Latin America specifically. To ensure proper statistical inference, we computed robust standard errors clustered at the country level to correct for country‐​level autocorrelation in these variables.


Asylum Seekers within Five Years of Signing an FTA per Country 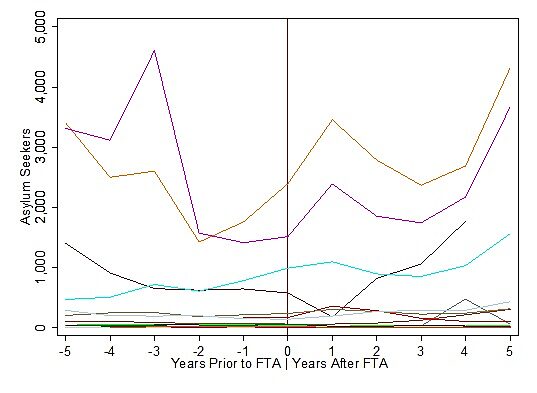 
The refugee system is the other half of the humanitarian immigration system and it shows no change in the number of asylum seekers before and after the signing of FTAs (Figure 2). It’s worth noting that nations that send refugees to the United States send very few refugees and almost all of those sent in Figure 2 are Colombian.


Refugees within Five Years of Signing an FTA per Country 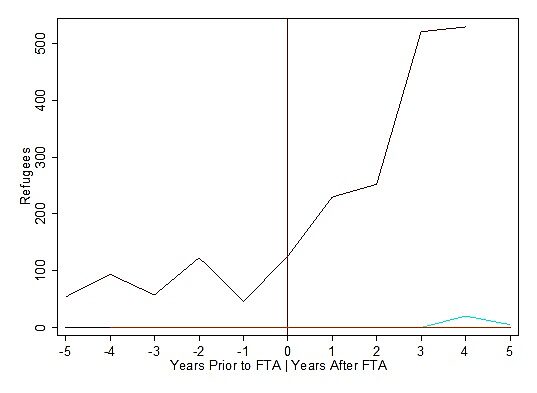 
There are many potential explanations for changes in the number of asylum seekers and refugees coming to the United States. They range from changing conditions in other countries to alterations in American law or policy and everything in between—but let us set aside the notion that FTAs somehow force people to flee their home countries.