It is very sad that America's tax system is so onerous that some rich people feel they have no choice but to give up U.S. citizenship in order to protect their family finances.

I've written about this issue before, particularly in the context of Obama's class-warfare policies leading to an increase in the number of Americans "voting with their feet" for places with less punitive tax regimes.

We now have a very high-profile tax expatriate. One of the founders of Facebook is escaping to Singapore. Here are some relevant passages from a Bloomberg article. 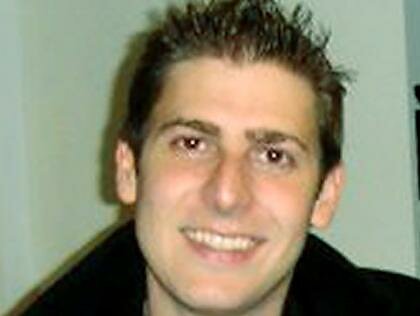 Eduardo Saverin, the billionaire co-founder of Facebook Inc. (FB), renounced his U.S. citizenship before an initial public offering that values the social network at as much as $96 billion, a move that may reduce his tax bill. ...Saverin’s stake is about 4 percent, according to the website Who Owns Facebook. At the high end of the IPO valuation, that would be worth about $3.84 billion. ...Saverin, 30, joins a growing number of people giving up U.S. citizenship, a move that can trim their tax liabilities in that country. ...“Eduardo recently found it more practical to become a resident of Singapore since he plans to live there for an indefinite period of time,” said Tom Goodman, a spokesman for Saverin, in an e-mailed statement. ...Singapore doesn’t have a capital gains tax. It does tax income earned in that nation, as well as “certain foreign-sourced income,” according to a government website on tax policies there. ...Renouncing your citizenship well in advance of an IPO is “a very smart idea” from a tax standpoint, said Avi-Yonah. “Once it’s public you can’t fool around with the value.” ...Renouncing citizenship is an option chosen by increasing numbers of Americans. A record 1,780 gave up their U.S. passports last year compared with 235 in 2008, according to government records. ...“It’s a loss for the U.S. to have many well-educated people who actually have a great deal of affection for America make that choice,” said Richard Weisman, an attorney at Baker & McKenzie in Hong Kong. “The tax cost, complexity and the traps for the unwary are among the considerations.”

What makes this story amusing, from a personal perspective, is that Saverin's expatriation takes place just a couple of days after my wayward friend Bruce Bartlett wrote a piece for the New York Times in which he said that people like me are exaggerating the impact of taxes on migration. Here are some key excerpts from Bruce's column:

I actually agree with Bruce. Taxes are just one factor when people make decisions on where to live, work, save, and invest.

But I also think Bruce is drinking too much of the Kool-Aid being served by his new friends on the left. There is a wealth of data on successful people leaving jurisdictions such as California and New York that have confiscatory tax systems.

And there's also a lot of evidence of taxpayers escaping countries controlled by politicians who get too greedy. Mr. Saverin is just the latest example. And I suspect, based on the overseas Americans I meet, that there are several people who quietly go "off the grid" for every person who officially expatriates.

The statists say these people are "tax traitors" and "economic Benedict Arnolds," but those views are based on a quasi-totalitarian ideology that assumes government has some sort of permanent claim on people's economic output.

If people are leaving America because our tax law is onerous, that's a signal we should reform the tax code. Attacking those who expatriate is the fiscal version of blaming the victim.