Congress Likes at Least One Type of Fast Track

Seasoned observers of U.S. trade policy have been chagrined with the reluctance of Congress to pass fast‐​track negotiating authority. However, a small glimmer of hope appeared on March 25. That day, a statue honoring Dr. Norman E. Borlaug, recipient of the 1970 Nobel Peace Prize, was installed in Statuary Hall of the U.S. Capitol. His work in developing high‐​yielding grains is credited with enabling billions of people to eat better and to achieve higher living standards, objectives strongly supported by Cato. (See this 2009 post by Cato Executive Vice President David Boaz honoring the life of Dr. Borlaug.)


Capitol visitors who were fortunate to be associated with the state in which he was born (Iowa), the school where he studied (University of Minnesota), or where he spent the final years of his career (Texas A&M), were able to receive special tickets to enter Statuary Hall. These tickets were designated “Fast‐​Track Viewing,” which enabled the holders to bypass the long lines normally associated with a visit to the Capitol’s interior. It is gratifying to learn that Congress is willing to utilize fast‐​track procedures in some circumstances. Let’s hope they soon decide to apply the concept more broadly. 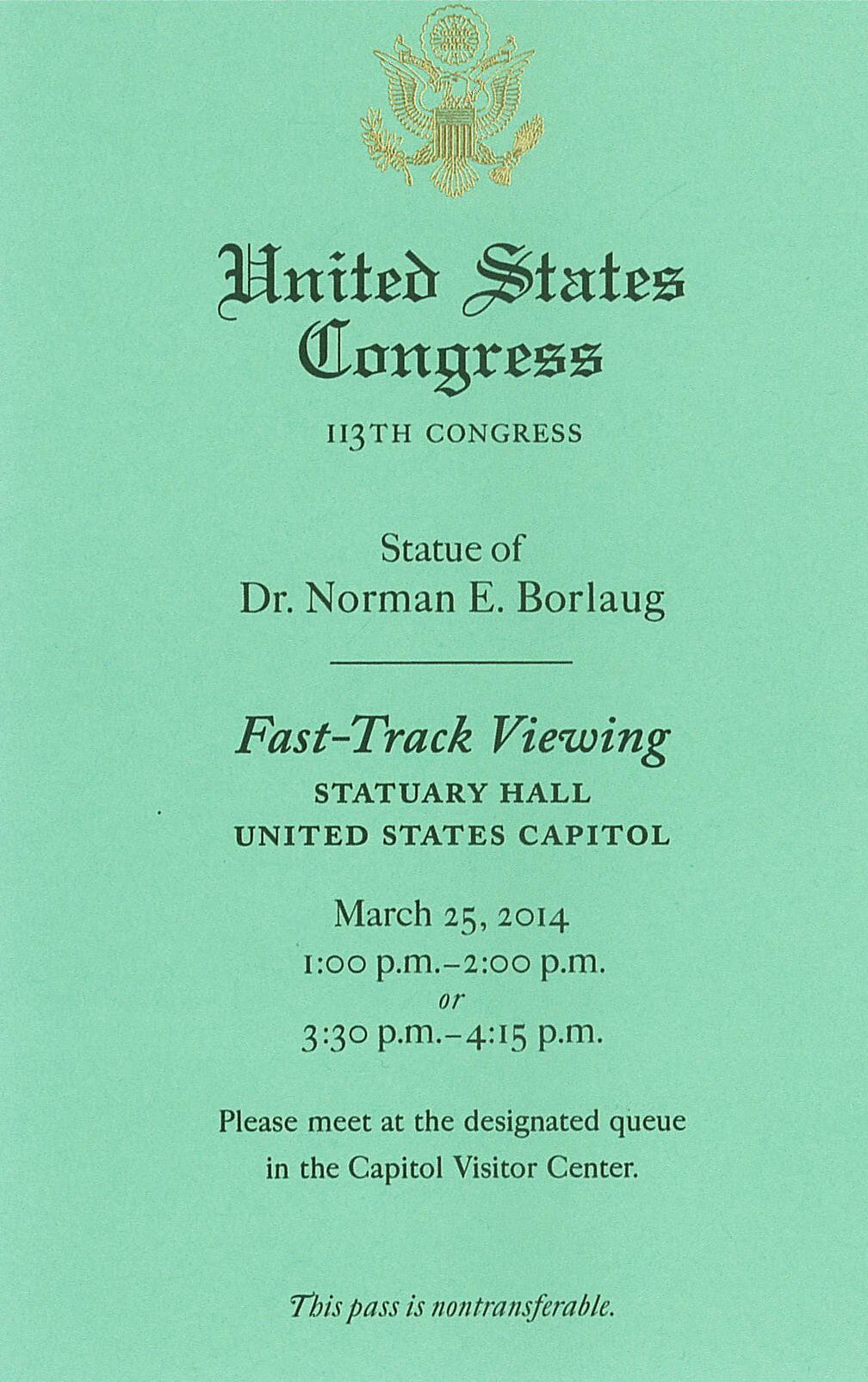 Or, is the incurable optimist in me wanting to ignore another possible interpretation? After all, a “viewing” is sometimes associated with paying respects to the deceased. Is it possible that “fast‐​track viewing” means that Congress thinks the concept is dead and that those who wish to pursue trade reform should do so through other means? Might be best not to overanalyze this issue.