College Rent‐​Seeking and the Meteor 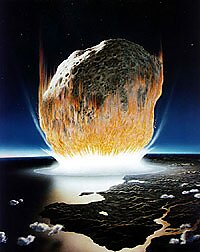 I am a frequent lurker and occasional poster on a chat board for my favorite college hoops team. On that board, some of the chatters refer to games between two of our rivals, or teams we just don’t like, as “meteor games” — contests where instead of having to choose between two evils, we root for a meteor to come crashing down and obliterate the whole arena.


Well right now, on a slightly different college court, there’s just such a game shaping up.


According to an article in today’s Inside Higher Ed, there’s a battle brewing between, on one side, financial aid officers and lenders who want the federal government to bail out banks that make truly private — as opposed to federally backed — student loans, and, on the other side, student and other higher education advocacy groups who hate private lenders because they try to make evil profits. Activist students especially think that making money off of them is unconscionable, and whatever loans they get should have to have very generous terms backed directly — as opposed to indirectly through a bailout — by you, the taxpayer.


A pox — or meteor — on all their houses! In this battle of the utterly shameless rent‐​seekers, the only good outcome would be for both sides to lose.