How Should Civil Libertarians Respond to Pandemics? 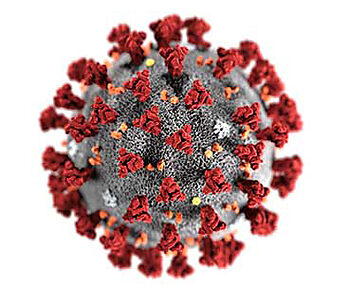 Amid the ongoing COVID-19 pandemic, lawmakers and officials are rushing to try and answer a host of questions: “Who has the disease?” “Where are they?” “Where have they been?” Accurate answers to these and other questions would help tackle the pandemic. Across the world, a range of surveillance technologies are being deployed in an effort to find out more about who is sick. Although a crisis may make increased surveillance more palpable to the billions under some kind of lockdown civil libertarians shouldn’t be shy about highlighting the ineffective nature of many emergency measures and insisting that even those that are effective be strictly time‐​limited.

Tragedies, panics, and crises have a tendency to result in bad policy. The 9/11 terrorist attacks prompted a wave of unnecessary and ineffective laws and policies. The establishment of the Department of Homeland Security (DHS) and its Transportation Security Agency (TSA), the passage of the PATRIOT Act, and the rollout of a wide range of new surveillance programs are among the most notable domestic examples. The effectiveness of these measures should embarrass government officials. Post‐​9/​11 mass surveillance did not thwart large terrorist attacks, with a White House panel finding that one of the most famous mass surveillance programs — the snooping on telephony metadata — was “not essential in preventing attacks.” Meanwhile, the TSA has demonstrated that it’s more efficient at fondling law‐​abiding citizens and residents than it is at passing its own security tests. Predator drones, often associated with US foreign policy, fly along the northern and southern borders adorned with the Customs and Border Protection logo.

Even when emergency measures are effective they can sometimes stick around longer than necessary. At the beginning of the Second World War the British government passed a range of policies that infringed on civil liberties, including the introduction of ID cards. In September, 1939 First Lord of the Admiralty Winston Churchill gave a speech in which he emphasized that infringements on freedom would be temporary:

Perhaps it might seem a paradox that a war undertaken in the name of liberty and right should require, as a necessary part of its processes, the surrender for the time being of so many of the dearly valued liberties and rights. In these last few days the House of Commons has been voting dozens of Bills which hand over to the executive our most dearly valued traditional liberties. We are sure that these liberties will be in hands which will not abuse them, which will use them for no class or party interests, which will cherish and guard them, and we look forward to the day, surely and confidently we look forward to the day, when our liberties and rights will be restored to us, and when we shall be able to share them with the peoples to whom such blessings are unknown.

The surrender of Nazi Germany and Imperial Japan did not spell the end of British ID cards. It wasn’t until 1952 that the British government finally scrapped ID cards over the objections of many in law enforcement.

Crisis measures are often ineffective and can survive the crisis they are implemented to counter. We should keep these facts in mind while addressing the COVID-19 pandemic.

There are important differences between the Second World War and the current pandemic. The Second World War had clear victory conditions and the enemy’s territory was geographically defined. It’s unclear what it will take for governments to declare the current pandemic to be over, and the pandemic is a crisis that is indiscriminately affecting countries across the world.

Knowing more information about people is valuable in a pandemic, and some have cited examples around the world of information gathering being effective. Singapore is one of the countries most mentioned in pandemic surveillance discussions. A recent Harvard University study found that if other countries had used Singapore’s methods to detect imported cases of COVID-19 the number of detected imported cases could have been about three times what it is now.

In South Korea, international visitors are required to download an app that helps users check for COVID-19 symptoms. Those in quarantine also have to download an app, which allows officials to track those who break isolation. A handful of European governments (Spanish, Romanian, Slovakian and Polish) have embraced the South Korean approach and have developed their own app.

The Trump administration is reportedly considering cellphone surveillance as a way to track the spread of COVID-19. However, it’s unlikely that South Korean surveillance methods would be effective in the U.S at this point. As Spencer Ackerman explained in the Daily Beast, pandemic surveillance is not like counter‐​terrorism surveillance in key regards:

Coronavirus surveillance isn’t like the kind of surveillance used to track, say, terrorist suspects. Public health officials seeking to arrest an outbreak start with a positive test of a patient and then work outward to find and warn people the patient was in close contact with. Counterterrorism surveillance, in practice, tends to gather everyone’s data first—often without warrants—analyze it for connections to targets of interest (a practice known as contact chaining), and then either purge it or keep it.

But according to epidemiologists, America is unlikely to replicate South Korea’s success. South Korea (and China) tested extensively for COVID-19 early on. That was the key step for being able to identify and isolate those infected before they spread the disease further. No such thing occurred in the U.S.—and accordingly, domestic pandemic surveillance in late March 2020 would resemble the anticipatory guesswork of counterterrorism surveillance, more intrusive than effective.

That surveillance tools and methods won’t be effective hardly means they won’t be deployed. Hospitals across the U.S. are set to experience an influx of patients that is beyond their capacity. This will undoubtedly increase criticism of the government. Amid frustration and anxiety we should expect officials to embrace a more aggressive “do something” approach. The Trump administration already has relationships with companies such as Palantir, which prides itself on building tools ideal for mass surveillance.

American lawmakers and officials haven’t only considered increased surveillance in response to COVID-19. They have told citizens and residents across the country to stay at home, and businesses have been forced to close or make dramatic changes to how they operate.

When local officials announce restrictions on freedom we should be sure to ask them what conditions will justify an end to such restrictions. Earlier this week, Washington, D.C. Mayor Muriel Bowser issued an order requiring all “non‐​essential” businesses to close until April 24, 2020. However, the order notes that the deadline could be “extended, rescinded, superseded, or amended” by another order.

Those of us enduring these imposed periods of isolation deserve to know when the isolation will end. How will officials define the end of this ongoing pandemic? The end of a war is easy to define. The end of a pandemic isn’t. If we are to endure restrictions on our freedoms in the name of public safety the least officials can do is tell us when it will all be over.

Increased surveillance and restrictions on movement need not be the only options officials consider. Since the outbreak of the pandemic, my colleagues have been writing and discussing the numerous policy changes that could have allowed more people to access COVID-19 tests more quickly and allowed for a more efficient response to the pandemic (visit this link to find out more). Among the few silver linings of the current crisis is the possibility that lawmakers and regulators will learn valuable lessons about how to respond to the next pandemic.

Lockdowns, curfews, and increased surveillance are infringements on freedom, but civil libertarians should be prepared to concede that such measures can sometimes be justified, if only in rare and extreme circumstances. But accepting that such measures may be necessary should not make us complacent. We should continue to raise concerns and highlight policy changes that could alleviate the effects of the pandemic. In addition, we should ask lawmakers tough questions about why specific pandemic measures are necessary, why they think such measures will be effective, and when the measures will be abandoned.