Biden and Harris on Presidential Power

We know President Trump’s general orientation towards executive power: “when somebody’s the president of the United States, the authority is total.” What limits, if any, does Joe Biden recognize when it comes to the powers of the office he seeks? 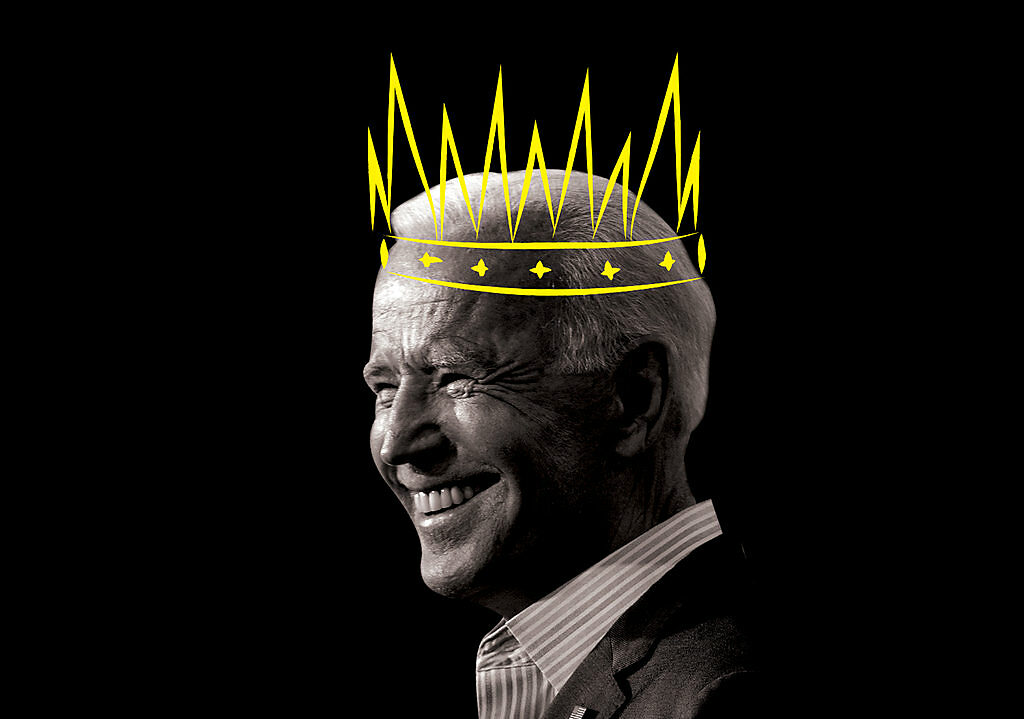 Good luck figuring that out from the current campaign, what discussion we’ve had on that subject has been sporadic and incidental. At the ABC News town hall two weeks ago, for instance, Biden seemed to reject the “pen and phone” approach to governance:

“Some of my Republican friends and some of my Democratic friends even occasionally say, ‘Well, if you can’t get the votes by executive order, you’re going to do something.’ [There are] things you can’t do by executive order unless you’re a dictator. We’re a democracy. We need consensus.”

Music to my ears… but: where have I heard that song before? Oh yeah:

That was President Barack Obama in 2011, explaining why he couldn’t unilaterally rewrite immigration law, about a year before deciding to do just that.

In fact, the Biden‐​Harris platform contemplates plenty of pen and phone governance, including a raft of “Day One” executive orders on climate change. And this summer, the former veep insisted the president’s powers were broad enough to impose a national mask mandate: “Our legal team thinks I can do that.” in September. If so, they’re as enamored of crank constitutional theories as Donald Trump during a wee‐​hours tweeting jag: there’s no statutory, let alone constitutional, authority for that kind of move, which is likely why Biden has since walked back the claim.

For a deeper dive into Joe Biden’s executive‐​power philosophy, such as it is, you have to go back much earlier in the campaign, to a candidate survey conducted by the New York Times’s Charlie Savage and published in September 2019. For each of the last four presidential election cycles, Savage has pressed the candidates to answer a questionnaire fleshing out their views on the powers of the office. With the exception of the 2016 race, he’s succeeded more often than not in getting the contenders on the record. Last fall, all 17(!) Democrats then running—including Joe Biden and Senator Kamala Harris—played along.

As it happens, Joe Biden has been through two rounds of Savage queries: in the 2008 cycle and the current race—so it’s possible to compare his answers and spot some telling shifts between Biden 2008 and Biden 2020. It seems the former veep’s views on the powers of the office “grew in office”–dramatically, in some cases.

For one thing, Biden now leaves himself a lot more wiggle room on war powers than he did prior to his vice‐​presidential stint. In the 2008‐​cycle version of the Savage survey, then‐​Senator Biden was concise and unequivocal: “The Constitution is clear: except in response to an attack or the imminent threat of attack, only Congress may authorize war and the use of force.” (Indeed, on the campaign trail at around the same time, Senator Biden promised that if George W. Bush “takes this nation to war in Iran, without congressional approval, I will make it my business to impeach him.”)

The Constitution, Biden now says, vests the CINC with “the power to direct limited U.S. military operations abroad without prior Congressional approval when those operations serve important U.S. interests and are of a limited nature, scope, and duration.” In other words, if the president thinks bombing another country is a good idea and doesn’t think we’ll get bogged down for too long, he can order up a little war, splendid or otherwise. Still, Biden‐​2020 allows that a preventive strike on Iran or North Korea might be a bigger deal, rising to the level of “a ‘war’ in the constitutional sense that would require authorization by Congress.”

That “limited nature, scope, and duration” bit comes almost verbatim from the Obama Office of Legal Counsel opinion rationalizing the Libyan adventure. You may recall that in the 2008 race, Senator Barack Obama also pledged to respect congressional war powers, telling Savage that the president had no constitutional authority “to unilaterally authorize a military attack in a situation that does not involve stopping an actual or imminent threat to the nation.” That answer got thrown in his face repeatedly three years later when, as president, Obama unilaterally launched a seven‐​month bombing campaign against Libya, a country that presented no threat whatsoever and that his own secretary of defense admitted wasn’t a “vital interest” of the United States.

Even if, as Biden now insists, he was a Libya skeptic at the time, he’s not going to get caught saying that the Obama‐​Biden administration launched an unconstitutional war. If you wanted to be especially charitable, you might ascribe Biden’s current views on the assassination of American citizens—“U.S. citizenship alone does not immunize such individuals from being detained or even targeted”—to a similar calculus. Whatever the reason, the former vice president now embraces a suite of executive war powers that a younger, wiser Biden rightly considered dangerous.

One of the most revealing queries Savage included in his latest survey covers “Potential Post‐​Trump Reforms.” He gave each candidate a list of 10 policy areas where Congress might rein in executive discretion and asked which restrictions they’d be willing to sign into law. One or two that Biden says he’d support, like restrictions on removal of special prosecutors, could have serious bite. But for the most part, the reforms Biden provisionally endorses are aimed at avoiding Trump‐​style conflicts of interest: mandating release of the president’s tax returns; forcing him to divest major business holdings; tightening restrictions on nepotism; and regulating self‐​serving uses of the pardon power. The former vice president has already released his tax returns, he doesn’t own a hotel chain, and unless he wants to dangle pardons to cronies or put Hunter in charge of Middle East peace, these are fairly low‐​cost concessions. They likely wouldn’t cramp a President Biden’s style all that much.

What’s more significant is what Biden leaves out. The first item on Savage’s list proposes new restrictions on the “ability of a president to declare a national emergency and activate various standby powers.” In his answer, the former veep glides right past that proposal, leaving it unmentioned.

Aggressive exploitation of emergency powers is one of the few genuinely new weapons Donald Trump has added to the presidential arsenal. As Senator Chris Murphy put it after the president’s border‐​wall emergency declaration last year:

Biden’s silence here suggests that when it comes to emergency powers, he may be keeping his options open.

Senator Kamala Harris’s views on presidential power are of particular interest now, given the distinct possibility she’ll soon be the proverbial “heartbeat away” from the presidency. Not to be too morbid about it, but if elected, Joe Biden would be 78 on Inauguration Day, older than any previous president. From an actuarial standpoint, his odds of living through at least one term are pretty good. Still, so far, eight vice presidents have gained the presidency as a result of a death in office.

In her answers to Savage’s queries, Senator Harris is, if anything, more evasive and less reassuring than the top of the ticket. Like her running mate, Harris declines the opportunity to back emergency‐​powers reform. On war powers, the California senator allows that it’s past time for Congress to “rewrite” the 2001 Authorization for the Use of Military Force; still, she “won’t hesitate to do what it takes to protect our country in the face of an imminent threat in the future.” Does that include bombing North Korea or Iran? Those situations, Harris says, “would require careful consideration of all of the surrounding facts and circumstances.” Ah. Is it lawful to hold American citizens without trial as “enemy combatants” or kill them with drone strikes? Harris: “Any president should reserve the right to act quickly to protect the country from attack, but decisions of such consequence must rely on our values and constitutional principles.” Well, that clears it up, thanks.

All of this is a reminder, if one was needed, that real presidential power reform isn’t going to come from within the executive branch. The sorts of men and women who are willing to do what it takes to become president are unlikely, having won the prize, to turn around and say: “you know what? Now that I’ve finally made it, I’d like a whole lot less power!” At best, they’ll grudgingly accede to restraints imposed from the outside. Will the next Congress force the issue?