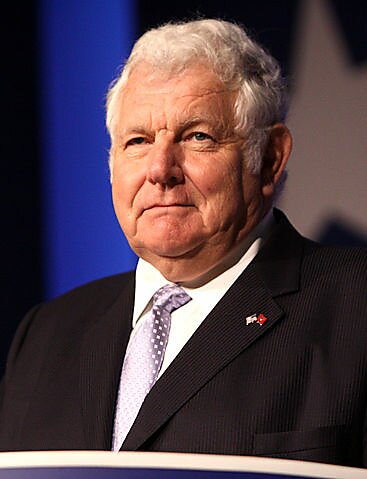 This morning, former Reagan administration education secretary Bill Bennett took to the pages of the Wall Street Journal to make the “conservative” case for the Common Core. In that effort, he actually made a great case for Core opponents, illustrating the contradictions of the Core while furnishing several examples of all‐​too‐​frequent Core spin. And he did it, ironically, while implying that Core opponents have “badly and sometimes mischievously muddled” the Core story.


To lay all of this out I’ll provide some quotes, then either respond to them with my own information, or with another, largely contradictory, quote from Bennett’s piece. Let’s begin:

First, we can all agree that there is a need for common standards of assessment in K-12 education.

We can? What’s the evidence for that? Bennett offers none, and even loaded polling questions find that only about two‐​thirds of Americans support generic standards “that are the same across states.” And I, for one, think there need to be competing standards in order to see what works, what works better, and what works for different subsets of the unique individuals we call “children.”

When I was chairman of the National Endowment for the Humanities in the 1980s, I asked 250 people across the political spectrum what 10 books every student should be familiar with by the time they finish high school. Almost every person agreed on five vital sources: the Bible, Shakespeare, America’s founding documents, the great American novel “Huckleberry Finn” and classical works of mythology and poetry, like the Iliad and the Odyssey….That’s the fundamental idea behind a core curriculum: preserving and emphasizing what’s essential, in fields like literature and math, to a worthwhile education.

Presumably, the Core includes these readings that almost everyone Bennett polled agreed students should tackle. Right? Um, no:

Why then is Common Core drawing such heavy fire? Some of the criticism is legitimate, but much of it is based on myths. For example, a myth persists that Common Core involves a required reading list. Not so.

Here we see a basic problem for Core supporters: they want the public to believe either that the Core is rich and rigorous, or that it is empty and just a floor, depending, is seems, on whom they are trying to convince to support it. So in one breath they’ll talk about the obvious need for core content, and in the next they’ll protest if anyone says the standards have, well, core content. This may be because there actually is no unanimous agreement on what students should read.

Governors, state education administrators and teachers used these principles as a guide when they developed a set of common standards that were later presented to the country as Common Core. Forty‐​five states signed up originally.

Let’s be clear: States adopted the Core, in the vast majority of cases, only after the federal government all but said they had to in order to compete for $4 billion in Race to the Top money. Federal force was further applied by the No Child Left Behind waiver program. And all this occurred in the context of federally driven standards and testing since at least 1994. So, would most states have adopted the Core on their own? We don’t know for sure, but the evidence is heavily stacked against it.

Critics accused President Obama and Education Secretary Arne Duncan of dangling federal money to encourage states to adopt the Common Core. The administration never should have done this. It made a voluntary agreement among states look like a top‐​down directive from the federal government. But remember: The original Common Core standards were separate from the federal government, and they can be separated once again.

Huh? Critics didn’t just “accuse” — the Obama administration actually did dangle money, as Bennett himself acknowledges. Meanwhile, what Bennett ignores, but even Core supporters like Michael Petrilli of the Fordham Institute agree on, is that Core supporters worked to get the federal government to incentivize adoption of the Core. So the Core is in no meaningful way “separate from the federal government.”

Call it Common Core or call it something else, as Arizona has done by renaming its standards “Arizona’s College and Career Ready Standards,” but public schools should have high standards based on a core curriculum that is aligned with tests that are comparable across state lines.

Talk about misinformation! Bennett seems to be advising states to deceive the public by simply renaming the Core. Then he offers this:

The U.S. has several types of national exams that assume at least some common basis of knowledge and understanding. These exams—NAEP, AP, SAT and ACT—work and most of the country agrees that they are useful.

It’s not clear on what Bennett bases the assertion that “most of the country agrees that they are useful,” but what’s interesting is that we already have national standards! So why force everyone to use the Common Core?

The standards do not prescribe what is taught in our classrooms or how it’s taught.

You just have to read the standards to know that this is wrong. Or even just understand the logic of standards: What would be the point if they didn’t prescribe at all what is taught? And in some cases, the Core absolutely does delve into “how” things are taught, which Core supporters would likely agree enters the realm of curriculum. And that’s exactly what Bennett seems to want, having said above that “public schools should have high standards based on a core curriculum that is aligned with tests that are comparable across state lines.”

The principles behind the Common Core affirm a great intellectual tradition and inheritance. We should not allow them to be hijacked by the federal government or misguided bureaucrats and politicos.

The problem is that the Core has already been taken over by the feds, bureaucrats, and politicos, which is a huge reason that many conservatives – not to mention liberals, libertarians, and others – are opposed to them. Another likely reason? The feeling that they just can’t get straight answers from Common Core defenders.