The U.S.-Taiwan Relationship Needs a Change

Senators Benjamin L. Cardin and John McCain will soon get their wish for a U.S. arms sale to Taiwan. Last Wednesday, Josh Rogin of Bloomberg View reported that the Obama administration will formally announce a $1 billion arms sale in December. Congress has not been notified of a new arms sale to Taiwan in four years.


The changing balance of power in the Taiwan Strait warrants a serious examination of the existing U.S.-Taiwan security relationship, which is held up by two pillars: a U.S. commitment to sell “defensive” arms to Taiwan; and the pledge to take “appropriate action” in response to any “threat to the security…of the people on Taiwan.”


The arms sales and vague security pledge have contributed to peace in the Taiwan Strait, but the status quo may not last much longer. A recent RAND report concluded that China is catching up to the United States’ military capabilities to defend Taiwan. America could absorb the rising cost of defending Taiwan, but the reunification of Taiwan and mainland China is a core interest of the Chinese government. Since China has more at stake, it has an incentive to keep raising the costs of confrontation until the United States is no longer willing to absorb them.


This argues for dropping Washington’s pledge to come to Taiwan’s aid. Supporters of the pledge worry about the message that a reduced commitment would send to allies in East Asia. But there is a significant difference between a formal security commitment defined in a treaty, and an informal one like America’s to Taiwan.


Washington’s formal treaty commitments in East Asia (Japan, South Korea, and the Philippines) are more clearly stated and some are supported by forward‐​deployed U.S. forces. Failing to come to the aid of a formal treaty ally would be a significant blow to U.S. credibility, but Taiwan does not enjoy such status.


However, arms sales to Taiwan should continue for several reasons. First, the arms sales have not significantly damaged U.S.-China relations. Second, ending both arms sales and the pledge would be unnecessarily disruptive. Third, the United States still has a legitimate interest in a peaceful resolution of the cross‐​strait dispute, but defending Taiwan’s quasi independent status through military intervention against a nuclear‐​armed and conventionally powerful China would have high costs for limited benefits. Moreover, the costs of intervention would likely increase over time, while the benefits would remain flat.


Future arms sales should emphasize weapons systems that allow Taiwan to mount an effective asymmetric challenge to Chinese forces. The United States should also make future arms sales contingent on Taiwan’s investment in indigenously‐​produced capabilities and increased military spending independent of spending on U.S. arms. Ending the already vague pledge to come to Taiwan’s defense while continuing arms sales is a low‐​cost policy that reduces the probability of a U.S.-China war over Taiwan while preserving Taiwan’s ability to defend itself.

Honoring the Man Who Prevented the Second Korean War

Former president Kim Young-sam was laid to rest in Seoul. Kim long battled against military rule. In 1992 he was elected president.

His reputation suffered when the Republic of Korea was engulfed by the Asian economic crisis. But Kim may have prevented the Second Korean War.

Early during Kim’s tenure the first nuclear crisis exploded. The so-called Democratic People’s Republic of Korea had embarked on a nuclear program, centered at Yongbyon.

Turkey Downs Russian Plane, Shows Is No Friend of West

Turkey’s rash decision to shoot down a Russian plane for allegedly violating its airspace isn’t likely to trigger World War III. But Ankara demonstrated that it stands with the Islamic State and against the West.

The Obama administration’s war against ISIL is turning into another interminable conflict that serves the interests of other nations far more than America. U.S. policy has been impossibly incoherent.

However, Turkish President Recep Tayyip Erdogan played the fool when his military downed a Russian aircraft for allegedly violating his nation’s airspace. It’s not enough to “discourage any escalation,” as President Barack Obama insisted. Washington should drop the alliance relationship.

Everything You Need to Know about Deductions, Loopholes, and Special‐​Interest Tax Provisions

There are several reasons and none of them are good. But if you had to pick one cause for all the mess, it would be the fact that politicians have worked with interest groups and lobbyists to create myriad deductions, credits, exclusions, preferences, exemptions, and other loopholes. 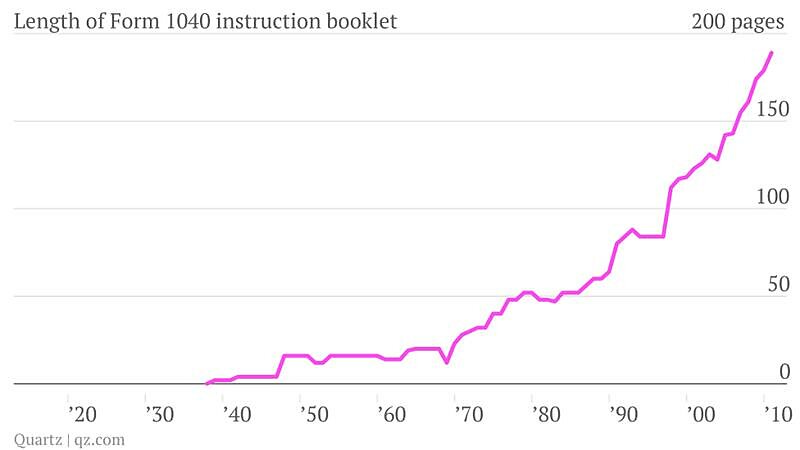 This is a great deal for the lobbyists, who get big fees. It's a great scam for politicians, who get lots of contributions. And it's a great outcome for interest groups, who benefit from back-door industrial policy that distorts the economy.

Some Post‐​Thanksgiving Reasons To Be Thankful

In this post‐​Thanksgiving atmosphere, here is another installment in Human Progress’s series of posts on incremental (and sometimes revolutionary) ways in which our world is becoming a better place. This week we look at anti‐​aging drugs, falling maternal mortality deaths and death rates, prosthetic hands with a sense of touch and a potential breakthrough in air travel.


BAE Systems has recently bought a minority stake of a small technology company called Reaction Engine. The support of BAE will allow Reaction Engine to continue working on its breakthrough engine, known as Sabre. This versatile engine can be used for both air and space travel, reaching up to five times the speed of sound for air travel and twenty‐​five times the speed of sound for space travel. Using these high rates of speed, it could be possible to fly anywhere in the world in four hours within the next ten to fifteen years. Reaction Engine hopes that the first Sabre engine will be tested within the decade.


The aging process is not inevitable. Our cells contain a DNA blueprint that can, theoretically, keep our bodies functioning forever. However, overtime our cells divide rapidly, leading to an increased likelihood of “errors” occurring. These “errors” cause diseases like cancer and dementia. Recently, the FDA approved a human trial for a drug called Metformin, which has been proven to increase the lifespan of animals. The trial contains around 3,000 people who are between the ages of 70 and 80. If similar results occur with humans as with animals, the human lifespan could increase by up to 50 percent.


The United Nations has been monitoring maternal mortality, which is defined as the number of mothers who die during pregnancy or shortly thereafter, for a number of decades. According to a recent report, global maternal mortality has dropped from 532,000 deaths in 1990 to 303,000 in 2015. That’s a reduction of 44 percent. Eastern Asia made the most substantial progress, with maternal mortality rates dropping from 95 deaths for every 100,000 live births to 27. Maternal mortality, once ubiquitous throughout the world, is now almost exclusively (99 percent) found in poor countries. Once again, economic development and income growth are the keys to further progress.


A Prosthetic Hand that Can Feel

Researchers at Case Western Reserve University have recently created a prosthetic hand that allows the patient to not only grip objects more accurately, but also enjoy a sense of touch. The technology works by creating a connection between the artificial hand and the brain. When the prosthetic hand senses pressure, it sends a neural code to the brain through an artificial pathway. Igor Spetic, who lost his hand about five years ago due to a workplace accident, is one of the first patients to receive the artificial hand. Because of his newly acquired treatment, Igor is now able to cut up fruits and vegetables, confidently grip cups, and open bags and containers. Researchers are currently developing a wireless version of this technology, which they hope to have finished within the next five years.


Allow the WSJ to explain: Arizona governor Doug Ducey has come up with a plan to spend $2 billion more on public schools over the next decade–without raising taxes. According to his plan, the money would go directly into the classroom, rather than though the public school bureacracy’s normal funding process.That’s a big deal in Arizona, which spends a smaller portion of its education budget in the classroom (54%) than is typical of other states (61%).


The [negative]reaction to Ducey’s plan seems to be spearheaded by Michael Cowan, the superintendent of Mesa Public Schools, Arizona’s largest district,who launched an email and robocall campaign to turn parents against the proposal.Why? Well, naturally: “for the children.” How preventing an increase in classroom spending might help children may not be obvious to everyone,so the WSJ helpfully offers an alternative explanation for district officials’ opposition: “Mr. Ducey’s plan disrupted the usual coalition of teachers unions and public school districts, leading some in the K-12 establishment—those administrators and union officials who have a way of soaking up dollars while doing little for students—to take the unfamiliar position of objecting to new education funding.” either that, or, somehow(?), “it’s for the children.”™


If only there were a system for organizing economic activity under which revenues are most easily raised by better‐​serving one’s customers or by attracting additional ones. And if only that system had been shown to work in education  just as in other fields.

How about This for Dealing with Politically Obtuse Relatives?: Just Say “Let’s Stop Trying to Control Each Other”

Every holiday season, pundits and politicians of all stripes weigh in on how to talk to family members who disagree with you. The Democratic National Committee even runs a website, YourRepublicanUncle.com, which gives useful talking points for your red-state benighted family members. Here’s a different strategy for the holidays: Just say, “let’s stop trying to control each other.”

Here’s how it works:

- “These Republicans, they don’t know anything about how to run a health care program. I think they want people to just die, especially people who vote Democrat. People need low-deductible plans with broad catastrophic coverage and full coverage for all basic daily needs. Just read the studies.”

- “Okay Uncle Kevin, you might be right. Or, alternatively, we could stop trying to control each other and forcing others who disagree to comply just because they’re on the wrong side of 50.01 percent of the population. That’s inevitably going to create strife. Just think about how you would feel when you’re on the losing side of an election.”