It’s hard to find anything written or spoken about Greece that doesn’t contain a great deal of hand wringing about the alleged austerity – brutal fiscal austerity – that the Greek government has been forced to endure at the hands of the so‐​called troika. This is Alice in Wonderland economics. It supports my 95% rule: 95% of what you read about economics and finance is either wrong or irrelevant.


The following chart contains the facts courtesy of Eurostat. The central government in Greece is clearly bloated relative to the average European Union country. The comparison is even starker if you only consider the 16 countries that joined the EU after the Maastricht Treaty was signed in 1992. To bring the government in Athens into line with Europe, a serious diet would be necessary – much more serious than anything prescribed by the troika. 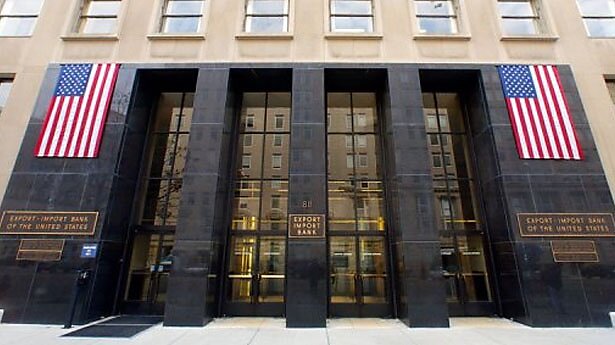 At midnight tonight, the gears of crony capitalism will grind to a halt at 811 Vermont Avenue, NW, Washington, D.C. After 81 years of funneling taxpayer dollars to favored companies, projects, and geopolitical outcomes under the guise of advancing some vague conception of the “U.S. economic interest,” the Export-Import Bank of the United States will end its financing operations at midnight tonight. No more subsidies to Fortune 100 businesses. No more siphoning revenues from unwitting U.S. firms and industries. No more loan guarantees to wealthy, autocratic foreign governments. No more crowding out of private lending. No more taxpayer exposure to a Fannie Mae-like fiasco. No more bribery and corruption scandals. No more collaboration and lending to China’s Export-Import Bank – you know, the entity whose support for Chinese companies is alleged to threaten U.S. exporters and jobs, and is the most frequently cited imperative for reauthorizing Ex-Im. No more of any of this…for now.

Champions of small government and market capitalism should savor this rare victory. It was won with solid arguments, including over 20 years of analyses from Cato Institute scholars including Ian Vasquez, Aaron Lukas, Steve Slivinsky, Chris Edwards, Doug Bandow, Sallie James, and – perhaps most comprehensively and tirelessly – Veronique de Rugy.

It was won because of columnist/scholar Tim Carney’s persistence in focusing the public’s attention on the corruption bred of corporate welfare and because of the analytical contributions of Heritage’s Diane Katz, the Competitive Enterprise Institute’s Ryan Young, and others who continued to make compelling arguments for shuttering the Bank, despite steep odds against that outcome.

Today, the U.S. Supreme Court announced that it would hear Friedrichs v. California Teachers Association, which asks the court to consider whether compulsory public-sector union dues violate the First Amendment right to free speech--which includes the right to be free from compulsory speech. The Cato Institute filed an amicus brief supporting the petitioners' request that SCOTUS hear the case.

In 26 states, public-sector unions can force non-members to pay dues anyway. As I noted last year:

The unions contend that these compulsory dues are necessary to overcome the free rider problem (non-union members may benefit from the collectively-bargained wages and benefits without contributing to the union), but plaintiffs in Friedrichs v. California Teachers Association point out that numerous organizations engage in activities (e.g. – lobbying) that benefit members and non-members alike without giving such organizations the right to coerce non-members to pay. That’s especially true when the individuals who supposedly benefit actually disagree with the position of the organization.

The New York Times has some wonderful Room for Debate pieces debating whether the American electorate is getting more liberal.  From Molly Worthen bemoaning the rise of secular libertarianism to Robert Reich repeating the mantra of the New Deal to Kay Hymowitz arguing that Millennials are not so liberal, all are worth reading.

If the U.S. government does adopt more liberal economic policies over the next few decade, immigrants and their descendants will not be to blame.  There are four pieces of research that lend support to this view.

Relations between the United States and Russia continue to deteriorate, with the U.S.-led NATO alliance planning to station troops and heavy weaponry on Russia’s border.  At the same time that U.S.-Russian relations are reaching frosty levels not seen since the days of the Cold War, ties between China and Russia are growing noticeably closer.  Symbolizing that trend was a powerful visual seen on television sets around the world in early May.  Chinese president Xi Jinping not only attended the celebration in Moscow marking the 70th anniversary of the end of World War II, he occupied the position of honor at the side of Russian president Vladimir Putin.  The image was especially powerful because the United States and several other major Western powers pointedly refused to attend the gathering to show their continuing displeasure with Russia’s annexation of Crimea and aid to rebel forces in eastern Ukraine.

As I point out in a recent article in Aspenia Online, the events in Moscow were only one signal of a Russian-Chinese rapprochement that seems  motivated by a joint desire to curb America’s global dominance.  Bilateral economic agreements between Moscow and Beijing are on the rise, including a May 2015 $400 billion deal to sell Russian natural gas to the voracious Chinese economy.  In addition, Russia has now replaced Saudi Arabia as China’s principal source of oil.

The prevailing assumption in the West that Russia and China would become geopolitical competitors, if not outright adversaries, in Central Asia also apparently needs to be reassessed.  Following the May 8 Putin-Xi summit in Moscow, the two leaders signed a new declaration announcing the coordinated development of the so-called Silk Road Economic Belt in Central Asia.  Although Russian and Chinese ambitions in that region are still in conflict over the long run, it appears that both governments have declared a truce in their rivalry.

Give Rand Paul points for trying: His opinion piece about marriage policy in the wake of Obergefell did better than many other Republicans have done. He did not call for resurrecting the dead – and politically toxic – Federal Marriage Amendment. He would appear to be actually considering the issues at stake, which is a good start.


But contrary to the promise of the headline (which he probably didn’t write anyway), the measures that Senator Paul recommends would not get government “out of the marriage business altogether.” Judging by what he actually wrote, local government would still control entry and exit from civil marriage, and civil marriage itself would apparently still continue to exist. Many federal consequences, like Social Security survivorship and the ability to sponsor an immigrant spouse, would presumably continue to flow from marital status — and they’d still be unavailable in any other way.


This isn’t such a terrible thing, necessarily. Marriage policy is really, really complicated. As long as we have a government, and as long as it’s making important decisions about our families and property, at least some parts of civil marriage may actually be worth saving. Marriage can serve as a protection against the state, one that (among lots of other things) keeps families together and makes the Social Security system run marginally more justly: If anyone deserves to recoup some of what the government takes by way of the payroll tax, it’s the widow of the worker who “contributed.” And if anyone is competent to sponsor a new citizen, it must be that new citizen’s spouse.

To avoid clock drift, the world’s computer clocks will gain an extra second at midnight Greenwich Mean Time, as June turns to July. This adjustment is necessary so that computer clocks can remain synchronized to Universal Time and to the time it takes the earth to rotate around the sun. Don’t worry, you probably won’t notice anything. But, since it takes milliseconds to make a flash trade, the one‐​second adjustment allows for enough time for problems to arise.


And speaking of time, let’s go beyond the leap second adjustments, and consider meaningful time reform. Since January 2012, my Johns Hopkins colleague Prof. Richard Conn Henry and I have advocated abolition of all time zones, as well as of daylight saving time, and the adoption of atomic time — in particular, Greenwich Mean Time, or Universal Time (UTC), as it is called today. The embrace of UTC would be beneficial.


For example, the adoption of UTC would give new flexibility to economic management in the vast east‐​west expanse of Russia, for example: everyone would know exactly what time it is everywhere, at every moment. Opening and closing times of businesses could be specified for every class of business and activity. If thought desirable, banks and financial institutions throughout the country could be required to open and to close each day at the same hour by the UTC. This would mean that bank employees in the far east of Russia would start work with the sun well up in the sky, while bank employees in the far west of Russia would be at their desks before the sun has risen. But, across the country, they could conduct business with one another, all the working day. This would have a second benefit: at least in the far east and far west, the banks would be open either early, or late, convenient for those who are working “sunlight hours,” such as farmers.


With UTC, agricultural workers, critically dependent on the position of the sun, could rise with the sun, without producing any impact on other aspects of cultural and economic life. The readings on the clocks would be the same for all. But, times of work would be attuned with precision to Russia’s local and national needs. China already has adopted a single time zone for the same purposes. And all aircraft pilots, worldwide, use UTC exclusively, for exactly the same reason that we are advocating its broad adoption, as well as for obvious safety reasons.