You Ought to Have a Look: National Landmarks, Copious Food, Fingerprints, and Satellites

You Ought to Have a Look is new a feature from the Center for the Study of Science posted by Patrick J. Michaels and Paul C. (“Chip”) Knappenberger. While this section will feature all of the areas of interest that we are emphasizing, the prominence of the climate issue is driving a tremendous amount of web traffic. Here we post a few of the best articles and essays in recent days, along with our color commentary.

We have a couple of new introductions to make to our You Ought to Have a Look line-up.

We’re big fans of Daniel Botkin. He is an environmental biologist with a panoramic view of nature. He started his career as a forest modeler (that’s someone who predicts the future composition and structure of forests) and was a Government-Issue global warmer. Since then, he has written 16 books on the environment and has become a champion lukewarmer—a person who, like us, synthesizes the climate data and comes to the hypothesis that warming will be modest and readily adapted to. On May 29, he testified before the House Committee on Science, Space, and Technology, on systematic problems with the United Nations’ Intergovernmental Panel on Climate Change. On June 18, he was before a subcommittee of the Senate Environment and Public Works Committee.

Botkin has a thought-provoking piece this week in the National Parks Traveler—a website dedicated to all things National Parks. In his article, he critiques a report issued by the Union of Concerned Scientists (UCS) with the predictably alarming title, “National Landmarks at Risk: How Rising Seas, Floods, and Wildfires Are Threatening the United States’ Most Cherished Historic Sites.”  The paleolithic media were all over the UCS report when it came out six months ago, and it headlined several news shows on the dinosaur networks. For “balance,” we managed a few soundbites.

Botkin’s article is more in-depth than the UCS report, concluding that human-caused global warming gets far more attention than it deserves in the universe of environmental issues, which precludes appropriate attention to real issues.

However, global warming has become the sole focus of so much environmental discussion that it risks eclipsing much more pressing and demonstrable environmental problems. The major damage that we as a species are doing here and now to the environment is not getting the attention it deserves.

You ought to have a look at Botkin’s complete article!

A Few Words on ‘Gainful Employment’

The big higher education news this week is that the Obama administration released its “gainful employment” rules aimed squarely at beleaguered for‐​profit colleges, which are the schools most likely to offer programs that are explicitly about supplying job skills. This attack does not seem to come because for‐​profits are objectively worse performers than the rest of the decrepit Ivory Tower, but because it is easy to demonize institutions that—unlike much of higher ed—are honest about trying to make a profit. Oh, and because going after the real culprit—an aid system that gives almost any person almost any amount of money to go to college—would require federal politicians to take on a system they created, and that makes them look ever‐​so‐​caring.


Perhaps the only unexpected thing about the regulations is that they do not include cohort default rates—the percentage of an institution’s borrowers defaulting on their loans within two or three years of entering repayment—among the assessments of aid worthiness. Instead, they just use debt‐​to‐​earnings ratios. The American Association of Private Sector Colleges and Universities—proprietary colleges’ advocacy arm—suspects this was done because including the default rate was projected to ensnare some community colleges, and the administration wanted this to be all about for‐​profit institutions.


There is reason to believe this may be true. The administration has lauded community colleges as the Little Schools That Could for a long time, and, indeed, directly compared them to for‐​profit schools in its press release for the new regulations. “The situation for students at for‐​profit institutions is particularly troubling,” they wrote. “On average, attending a two‐​year for‐​profit institution costs a student four times as much as attending a community college.” What didn’t they mention? According to federal data, completion rates at community colleges are around 20 percent, versus 63 percent at two‐​year for‐​profits. The data aren’t perfect—they capture only first‐​time, full‐​time students who finish at the institution where they started—but it is a yawning gap that illustrates a crucial point not just about gainful employment, but overall higher education policy: emotions and political concerns, not objective analysis, seem to drive it.


And speaking of objective analysis: We will be hosting what should be a great, diverse panel discussion on Wednesday, November 5, that will look at the changing face of higher education—including, no doubt, gainful employment—as well as offer predictions about what the previous night’s election results might mean for higher education. Hope to see you there!

BOO! Your Tax Dollars at Work

Increasingly, federal monies have been disbursed to the various departments and agencies in support of the Obama administration’s politically strange perseveration on global warming. Specifically, many millions go out each month for “public outreach,” more properly labeled propaganda, on the horrors of climate change.


To show how well‐​spent this money is, we draw attention to today’s posting from the Department of Energy’s communication director Marissa Newhall, featuring pumpkins with windmills (the correct name for “wind turbine”) and solar panels carved on them. A quote:

Last week, we shared some energy‐​themed pumpkin carving stencils to help you “energize” your neighborhood—and teach trick‐​or‐​treaters about energy—this Halloween. On our own time after work, we put the patterns to the test and carved some energy pumpkins of our own.

We note that they didn’t say they created the “energy‐​themed pumpkin carving stencils” “on their own time after work.” 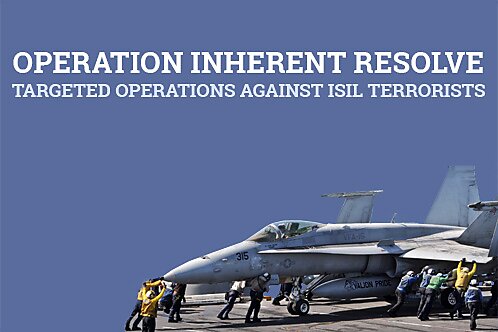 
Actually, with its air of uninspired resignation, “Inherent Resolve” suits well enough, even if something like “Operation Eternal Recurrence” might have fit better. But it surely says something that, as with hurricanes, we’re running out of cool names for the wars presidents launch.


Now that we know what to call it, what should we make of Obama’s latest military intervention and how it fits into the president’s emerging legacy on constitutional war powers? Jack Goldsmith and Matthew Waxman have an important piece on that subject in the New Republic, arguing that “it is Obama, not Bush, who has proven the master of unilateral war.” “The war powers precedents Obama has established,” they explain, “will constitute a remarkable legacy of expanded presidential power to use military force.”


It’s a remarkable legacy, all right, though I might put somewhat less emphasis on “precedent” as such. Taken individually, as Goldsmith and Waxman acknowledge, very few of Obama’s actions are wholly unprecedented. But taken as a whole, the president’s approach to war powers begins to look like something new under the sun. As I argued recently at The Federalist, Obama will “go down in history as a ‘transformational’ president, having completed America’s transformation into a country where continual warfare is the post‐​constitutional norm.”

Every country aims to lower inflation, unemployment, and lending rates, while increasing gross domestic product (GDP) per capita. Through a simple sum of the former three rates, minus year-on-year per capita GDP growth, I constructed a misery index that comprehensively ranks 109 countries based on "misery." Below are the index scores for 2013. Countries not included in the table did not report satisfactory data for 2013.

The Costs of Ebola: Guinea and Sierra Leone

For a clear snapshot of a country’s economic performance, a look at my misery index is particularly edifying. The misery index is simply the sum of the inflation rate, unemployment rate and bank lending rate, minus per capita GDP growth.


The epicenter of the Ebola crisis is Liberia. My October 15, 2014 blog reported on the level of misery in and prospects for Liberia.


This blog contains the 2012 misery indexes for Guinea and Sierra Leone, two other countries in the grip of Ebola. Yes, 2012; that was the last year in which all the data required to calculate a misery indexes were available. This inability to collect and report basic economic data in a timely manner is bad news. It simply reflects the governments’ lack of capacity to produce. If governments can’t produce economic data, we can only imagine their capacity to produce public health services.


With Ebola wreaking havoc on Guinea and Sierra Leone, the level of misery is, unfortunately, very elevated and set to soar. 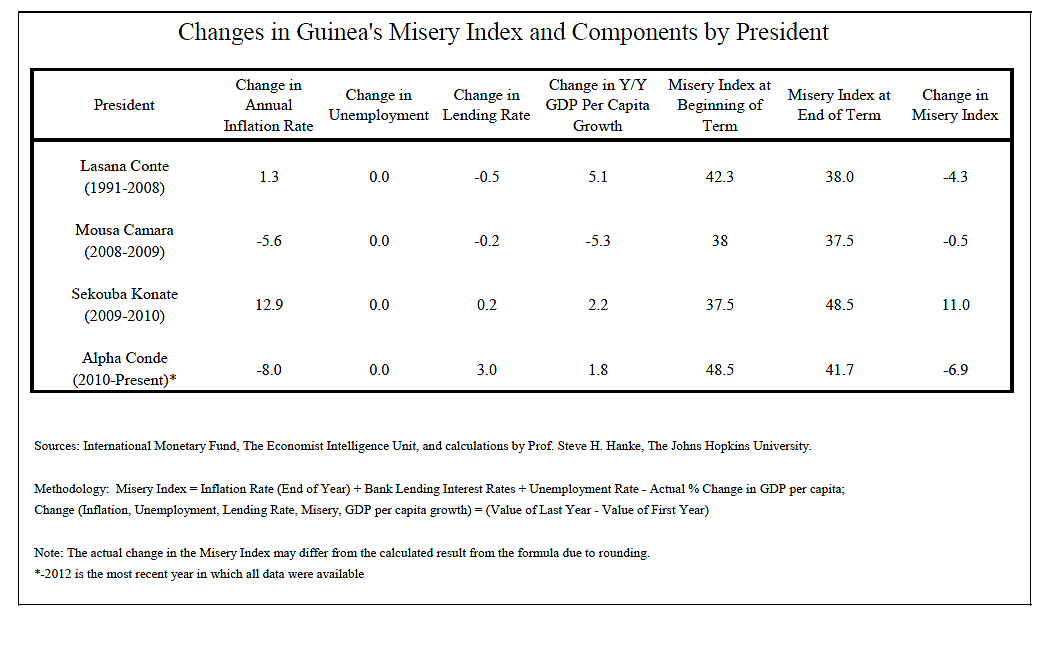 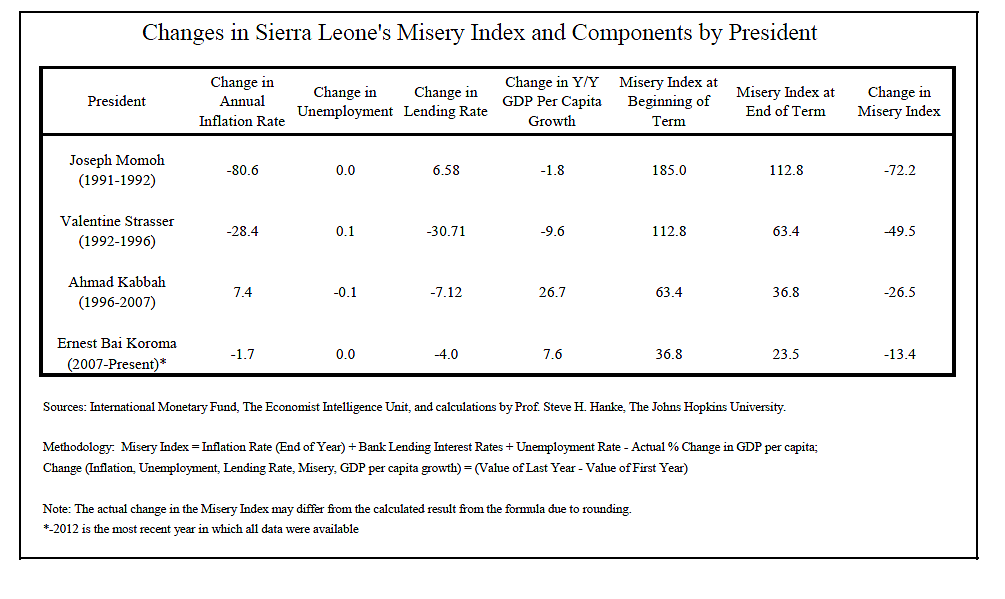 The U.S. Department of Commerce (DOC) announced Oct. 27 that it had reached draft agreements with Mexican sugar exporters and the Mexican government to suspend antidumping and countervailing duty (AD/CVD) investigations on imports of sugar from that country.  Commerce has requested comments from interested parties by Nov. 10, with Nov. 26 indicated as the earliest date on which the final agreements could be signed.  Given the obvious level of consultation by governments and industries on both sides of the border leading up to this announcement, it’s reasonable to presume that the agreements will enter into effect within a few weeks.

Suspension agreements that set aside the AD/CVD process in favor of a managed-trade arrangement are relatively rare.  They sometimes are negotiated when the U.S. market requires some quantity of imports, and when the implementation of high AD/CVD duties would be expected to curtail trade severely.  This would have been the case, assuming the duties actually had entered into effect.  However, as this recent blog post indicates, it’s not at all clear that the U.S. International Trade Commission (ITC) would have determined that imports from Mexico were injuring the U.S. industry.  A negative vote (a vote finding no injury) by the ITC would have ended these cases and left the U.S. market open to imports of Mexican sugar.

What are the key provisions of the agreements?  There are restrictions on both the price and quantity of imports from Mexico.  Sugar will only be allowed to be imported into the United States if it is priced above certain levels:  20.75 cents per pound (at the plant in Mexico) for raw sugar, and 23.75 cents per pound for refined sugar.  (For comparison, U.S. and world prices for raw sugar currently are about 26 cents and 16 cents, respectively; for refined sugar about 37 cents and 19 cents.)  Additional price controls on individual Mexican exporters based on their alleged prior dumping (selling at a price the DOC determines to be less than fair value) will further raise the prices at which they will be allowed to sell.