Steven Malanga of the Manhattan Institute writes in the Wall Street Journal about Andy Stern’s retirement from the Service Employees International Union (SEIU). He noted that Stern’s

principal legacy will be having headed up a union that managed to add 1.2 million members during a time when overall unionization rates continued to plunge in the U.S.


But it’s important to understand how Mr. Stern pulled this off, because his union’s story is really the story of the transformation of the labor movement in America. The SEIU did not win its most significant victories on the picket lines, but rather in backroom political deals with legislative leaders, especially in states like California where the political class is already union‐​friendly.


Those deals helped the SEIU to organize workplaces that are nominally considered part of the private sector but actually are heavily controlled and influenced by government regulation, most especially in health care.


Which is not to be confused with Shakedown: How Corporations, Government, and Trial Lawyers Abuse the Judicial Process, published by Cato Institute chairman Robert A. Levy in 2004. Then again, there probably are some points of overlap.

The Ninth Circuit has issued its long-awaited en banc decision in Dukes v. Wal-Mart, a pathbreaking class action seeking relief from Wal-Mart for alleged gender discrimination on behalf of somewhere between 500,000 and 1.5 million women. The upshot: a 6-5 partial affirmance of one of the most questionable class certification approvals in recent memory.

The case is sparking considerable commentary: see here, here, and here, for starters. Cataloguing all the myriad questionable parts of the 135+ page decision, which range from the standard for admitting expert testimony in support of certification, to the permissibility of so-called "issue classes," to due process restraints on award of class-wide punitive damages, would take a blog post rivaling the length of the Ninth Circuit’s own monster-of-an-opinion.

Here, though, are a few problems that pop out on first reading. 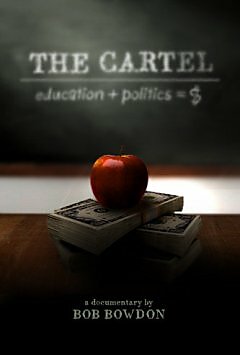 Friday nights are movie nights, but aren’t you tired of just watching movies without getting to discuss them with everyone else in the theater? And aren’t you sick of seeing movies that aren’t about dysfunctional public schooling?


If you answered yes to either of these questions, and if you are going to be in Washington, DC, the evening of Friday, April 30, then have I got a deal for you:


Come to the E Street Cinema at 7:15 Friday night and not only will you be able to catch The Cartel, a searing documentary about what ails American education, but afterward you’ll be able to participate in a discussion about the film hosted by yours truly and the Heritage Foundation’s Lindsey Burke!


So take your movie night to a whole new level, and join us for The Cartel this Friday evening!

A silver lining of the Arizona immigration law is that is has turned up the heat on Washington to re‐​examine federal policy. As I’ve made the rounds of talk radio shows today, one of the questions that keeps coming up is just what changes should be made in federal law to tackle illegal immigration. Glad you asked.


In brief, the single most effective change would be to expand opportunities for legal immigration, including for low‐​skilled workers who make up the large majority of the illegal population.


I make the case for comprehensive immigration reform in an op‐​ed in today’s Philadelphia Inquirer.


For a more comprehensive case for comprehensive reform, see the lead article I wrote for the current issue of the Albany Government Law Review, titled “Comprehensive Immigration Reform: What Congress and the President Need to do to Make It Work.”

The potential of streaming video from the House of Representatives is so great that my first impression of the House's new video offering, HouseLive.gov, has been disappointment. There is much room to improve HouseLive.gov, and I hope it will improve.

At first, I couldn't find any video that was actually live. (That would inject a bit of irony into the name, eh?) But there is live video: On the homepage, scroll down to the top of the "Most Recent Sessions" chart. If the top of the list has an item called "In Progress," the House is in session. Clicking the video link will get you live video from the House floor.

(Don't be fooled by the "Subscribe to Live Feeds" box. Those are RSS feeds, which are "live"---as in regularly updated. They're not live video or audio.)

Most people will probably access this from the House clerk's familiar "Floor Summary" page, which has near-real-time updates about House activity. But that page says "Streaming video is not available for this session." That's a hiccup that should be easy to fix.

Selecting a past day, one can watch the video of that day, but in my early tests, you had to watch the video from the beginning. I don't think many people are going to watch 10 hours of video to pick up their representative's remarks on the bill to congratulate Camp Dudley of Westport, New York, on its 125th anniversary.

I've been testing in Firefox. In Internet Explorer, I got some links that do things. It appears you will be able to navigate around a day's video based on the activity of the House. That is, you can jump to where the House began debate on the Camp Dudley bill.

Hopefully, the system will work in standards-compliant browsers, not only Microsoft's. I note that the video currently plays only in Windows Media Player or Microsoft's Silverlight. I'll leave it to friends better versed in video to critique the selection of formats, but I have doubts about these two as being the best, and most open, available.

When you do navigate around, I don't see that the "share" link changes. This needs fixing so that people can direct friends and colleagues to key portions of debates. In fact, you should be able to link to any point in the video. Ideally, there should be an embed function that allows defined segments of video to go into blog posts and such. That latter one is a big ask, but Congress is a big, important institution.

It's early yet. Maybe these things are in the works or on the drawing board. Rolling HouseLive.go out in "beta," getting feedback, and fixing it is A-OK. But sometimes government agencies set a course and have a hard time changing after that. The Thomas legislative system, brilliant as it was for 1995, still isn't publishing bill data in good formats, and a private provider has had to take up the slack.

President Obama has committed his administration to the ambitious goal of doubling U.S. exports in the next five years. I don’t believe the government should be setting such targets — the rate of growth of U.S. exports should be left to the marketplace — but I am all for the administration seeking ways to expand the freedom of U.S. companies to sell in global markets.


In the “Economic Watch” column of the Washington Times today, I suggest six policy changes that will help American producers sell more of their goods and services abroad. None of them involve subsidies, threats of sanctions, or other government involvement.


Among my suggestions: enact into law the three free‐​trade agreements that have already been negotiated, repeal the trade embargo against Cuba, keep trade peace with China, and set a good example by keeping the U.S. market open.


If I could have added another suggestion (alas, space in a real newspaper is limited), it would be to issue more visas for trade delegations visiting the United States. Under misguided notions of national security, we make it more difficult than it should be for delegations from China and other markets to visit the United States to inspect U.S. goods offered for sale. But like the other suggestions, this one is politically challenging as well.


If the president wants to boost exports, he will need to show the necessary leadership to remove the government‐​imposed barriers that still remain.