As I mentioned in passing in my post yesterday, one of the reforms in Russ Feingold’s JUSTICE Act involves tweaking the USA PATRIOT Act’s definition of “material support” for terrorism to ensure that it doesn’t cover things like humanitarian aid or legal assistance. Today, the Supreme Court agreed to hear a case concerning that very issue:

The key plaintiff in the current appeal is the Humanitarian Law Project, a Los Angeles, California‐​based non‐​profit that says its mission is to advocate “for the peaceful resolution of armed conflicts and for worldwide compliance with humanitarian law and human rights law.” HLP sought to help the Kurdistan Workers’ Party, a group active in Turkey. Known as PKK, the party was founded in the mid‐​1970s and has been labeled a terror organization by the United States and the European Union. Its leaders have previously called for militancy to create a separate Kurdish state in parts of Turkey, Iraq, Syria and Iran, where Kurds comprise a population majority. […]


Another plaintiff is an American physician who wanted to help ethnic Tamils in his native Sri Lanka. Much of the island nation is controlled by the rebel Liberation Tigers of Tamil Eelam, which has also fought for decades to carve an independent state. The government claims the Tamil Tigers have “used suicide bombings and political assassinations in its campaign for independence, killing hundreds of civilians in the process.”


HLP and a group of Tamil doctors say they merely wanted “to provide their expert medical advice on how to address the shortage of medical facilities and trained physicians” in the region but “they are afraid to do so because they fear prosecution for providing material support.”

A federal appeals court agreed with the groups that the statute as written is unconstitutionally vague; the government wants to preserve the current broad language. Arguments won’t take place until early next year, but if you can’t wait for a preview, check out this exchange between David Cole and Paul Rosenzweig on PATRIOT’s material support provision, part of a highly illuminating series of debates on aspects of the law (as originally written) hosted by the American Bar Association.

At last week’s House Judiciary Committee hearing on the PATRIOT Act, Rep. Hank Johnson (D-GA) raised an interesting question I haven’t seen discussed much: What happens to someone who willfully violates an order of the highly secretive Foreign Intelligence Surveillance Court? (FISA)


Generally, courts have the right to enforce their own orders by finding those who disobey in contempt, and a line from a rare public version of an opinion issued by the Foreign Intelligence Surveillance Court of Review suggests that the same holds here, noting that a service provider who challenged the (now superseded) Protect America Act “began compliance under threat of civil contempt.” (There is, interestingly, some redacted text immediately following that.) Contempt proceedings normally fall to the court that issued the original order.


A finding of civil contempt will typically result in the incarceration of the offending party until they agree to comply—and on the theory that the person “holds the keys to their own cell,” because they’ll be released as soon as they fall in line, normal due process rules don’t apply here. Of course, there are ways of violating the order that make it impossible to comply after the fact, such as breaching the gag rule that prevents people from disclosing that they’ve been served with orders, or (getting extreme now) destroying the records or “tangible things” sought via a Section 215 order. In those cases, presumably, the only recourse would be criminal contempt, for which you’re supposed to be entitled to a jury trial if the penalty is “serious” and involves more than six months incarceration.


That obviously raises some interesting problems given the extraordinarily secret nature of the FISA Court. In the public version of the opinion I linked above, the name of the petitioner and all identifying details are redacted, even the ruling was released six months after it was handed down, so as to avoid tipping off targets about specific providers that have received orders.


Now, I’m going to take a leap of faith and assume we’re not at the point of “disappearing” folks off our own streets, but it is a puzzle how you’d actually carry out enforcement and penalty, if it ever came to that, consistent with the secrecy demanded in these investigations. 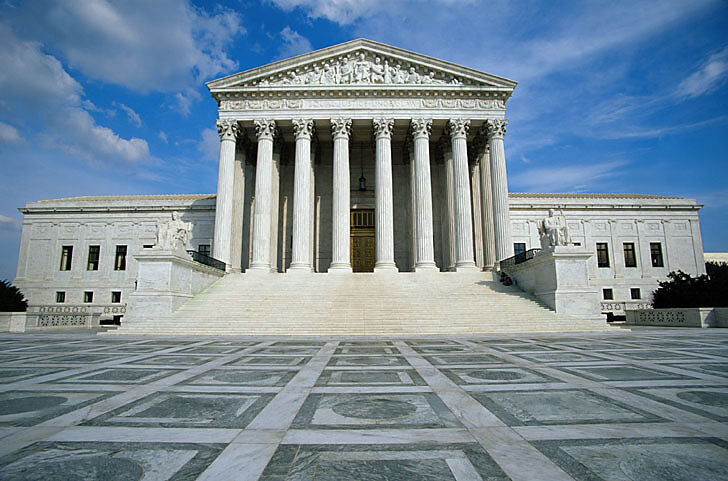 In the last few days, we have witnessed an almost unprecedented chorus of warnings about inflation prospects by senior Fed officials. Dallas Fed President Richard Fisher said the Fed must be prepared to tighten monetary policy by raising short‐​term interest rates with “alacrity.” President Charles Plosser of Philadelphia had spoken of the need to raise interest rates before unemployment returns to normal in order “to prevent the Second Great Inflation.” The comments of the two Reserve Bank presidents reinforce those made by Fed Governor Kevin Warsh.


Financial markets are confused because the Fed’s policy‐​making committee (the Federal Open Market Committee) had just indicated its intention to keep interest rates low for an extended period. The inflation warnings represent an internal debate that has gone public. Formal dissents from the FOMCs policy directive have reportedly been discouraged. So Fed officials are in effect offering up virtual dissents in public speeches. Confidence in Chairman Bernanke’s policy is waning.


Most economic forecasters profess to see little inflation risk. They need to reconsider their forecasts in light of the inflation warnings from within the central bank.

Since that time [the trade agreement signing], American exporters have paid approximately $1.9 million per day in Colombian tariffs that they wouldn’t have paid if the Democrat‐​controlled Congress had just passed the FTA back then and thus allowed it to enter into force. By my math, that means that Congress’ and (now) the President’s partisan stalling has resulted in a pointless tax on American businesses of almost $2 billion ($1.9798 billion = 1042 days times $1.9 million) and counting.

America’s highest remaining trade barriers are aimed at products mostly grown and made by poor people abroad and disproportionately consumed by poor people at home. While industrial goods and luxury products typically enter under low or zero tariffs, the U.S. government imposes duties of 30 pecent or more on food and lower‐​end clothing and shoes — staple goods that loom large in the budgets of poor families.

The Obama administration and Congress could easily remove the sanctions that burden America’s exporters and lower‐​income consumers. But until they’re convinced that they can make up the revenues lost by crossing Big Labor, the Democratic Party playbook counsels more of the same disingenuous rhetoric of fraternity with the common man and more exaggerations about evil foreign labor practices.

“Keep Your Subsidies off My Ovaries”

In my recent Cato paper, “All the President’s Mandates: Compulsory Health Insurance Is a Government Takeover,” I explain that if Congress compels Americans to purchase health insurance, it would “inevitably and unnecessarily open a new front in the abortion debate, one where either side—and possibly both sides—could lose.”


Slate’s William Saletan explains how the pro‐​choice side could lose:

This week, the Senate finance committee is considering amendments that would bar coverage of abortions under federally subsidized health insurance. Pro‐​choice groups are up in arms. After all, says NARAL Pro‐​Choice America, “In the current insurance marketplace, private plans can choose whether to cover abortion care—and most do.” If Congress enacts subsidies that exclude abortion, “women could lose coverage for abortion care, even if their private health‐​insurance plan already covers it!”…


The argument these groups make is perfectly logical: If you standardize health insurance through federal subsidies and coverage requirements, people might lose benefits they used to enjoy in the private sector. But that’s more than an argument against excluding abortion. It’s an argument against health care reform altogether.