Re: John L. Chapman — The Fed Should Tighten to Slow the Growth of MZM?

In The Wall Street Journal on April 29, another AEI economist, John L. Chapman, took the exact opposite position from John Makin. Chapman suggested the Fed “should soon begin a series of rate increases.” The title was “The Fed Must Strengthen the Dollar,” but that is not what he wrote. Chapman just advocated “a stable dollar.”


The dollar was stable in March and April. The Fed’s index of the dollar’s value against a broad basket of currencies (Jan. 1997=100) was 95.84 on March 6 and 95.81 on April 29. The index against major currencies (1973=100) remained close to 70. That was just two months, of course. But those were the months when we were deluged by editorials blaming rising prices of food and oil on “the falling dollar.” In any case, if the goal is being achieved with current Fed policy, then changing that policy would mean deviating from that goal.


Chapman, like some other economists, sees “inflation warnings” in rapid growth of a measure of money supply (or demand) known as MZM (money with zero maturity), which is largely driven by institutional money market funds. These short‐​term investments tend to expand when corporations and financial fiduciaries are nervous about investing longer‐​term, and therefore park more cash in money market funds for security.


The trouble with using MZM as an omen of inflation is that it has never worked.


There may be an argument for raising the fed funds rate whenever oil and food prices rise, but MZM is not it.

Re: Ronald McKinnon — The Fed Should Tighten to Push the Euro Down?

In The Wall Street Journal of April 25, Ronald McKinnon of Stanford proposed “raising the fed funds rate as much as necessary to strengthen the dollar.” McKinnon’s argument had little to do with inflation, so he could just as well have asked the European Central Bank to lower interest rates as much as necessary. Yet he just asked the U.S. to “cooperate with foreign governments to halt and reverse the appreciation of their currencies against the dollar.”


McKinnon’s main argument for raising the fed funds rate is because he imagines that “foreigners are disinvesting from private U.S. assets.”


There will surely be a good argument for raising the fed funds rate, sooner or later, but an exodus of foreign investment is not it.

Re: John Makin — The Fed Should Ease to Inflate House Prices?

The Wall Street Journal has been extremely ecumenical about airing a variety of critics of the Federal Reserve on its editorial page. In a series of posts, I will suggest reasons for remaining skeptical about the logic and evidence behind all of this policy advice.


On April 14, John Makin of the American Enterprise Institute proposed, “The Inflation Solution to the Housing Mess.” He thinks, “The Fed should announce its intention to add to its holding of Treasury securities in order to provide additional liquidity.” Makin knows “there is a substantial risk that inflation may rise for a time – this would be the policy goal.”


To establish higher inflation as a “policy goal” gives a small part of the economy (the existing inventory of new and used homes) priority over the rest (he does not and could not claim inflation would be confined to housing). He thinks easy money could halt declines in the Case‐​Shiller index of homes prices, although I have shown that index is not representative of nationwide housing prices

the Fed’s lending programs have not provided adequate liquidity to financial markets: Reserves supplied to the banking system have grown at a tiny 0.6% annual rate since December. That’s because the reserves the Fed is injecting by lending are effectively pulled out or “sterilized” by its sales of Treasury securities. The Fed has been selling these securities to keep the fed funds rate at the level targeted by its Federal Open Market Committee directives.

But it doesn’t matter whether the Fed increases the monetary base (reserves and currency) by buying Treasury bills, gold bars, or Bear Stearns’ securities. In each case the Fed pays for new assets by writing a check on the Fed which ends up being added to bank reserves at the Federal Reserve banks.


Bank loans have been growing at a 10% annual rate this year, with Commercial and Industrial loans growing at a 20% pace. This does not look at though the banks are starved for reserves or that the Fed is “pushing on a string.”


Makin’s inference that monetary policy is too tight is dubious but also redundant. He clearly wants inflation to be higher, as a policy goal.


In companion letters to the editor of today’s The Wall Street Journal, the Goldwater Institute’s Darcy Olsen and I inquire as to the color of the sky on planet Napolitano.

Like most of the southwest, Arizona has been rolling in cash thanks to historic economic expansion. Three of the past five years saw double‐​digit percentage budget growth. But instead of reducing the tax burden or saving for a rainy day, state government ballooned 40% in real terms. Arizona now finds its per capita state spending on a par with Massachusetts.


Only 21 states went into the red this year, and Arizona led the way with the largest budget deficit of any state on a per‐​capita basis.


States can unilaterally opt out of some federal programs, like No Child Left Behind. Most governors can also reduce agency spending through executive action. Arizona did none of these things.

Medicaid and SCHIP allow Arizona politicians to subsidize Arizona residents (and Arizona health‐​care providers), while shifting most of the cost to taxpayers in other states. 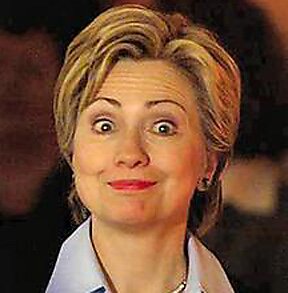 Hurry, hurry, hurry! Step right up, ladies and gentlemen, and see the Diva of Deception, the Impresario of Illusion — THE AMAZING HILLARY!! Watch her make the federal gas tax SEEM TO DISAPPEAR!! But in fact, you'll still be paying the same price for gas! Even the media can't figure out this trick!! She's remarkable! She's astounding! So hurry right in and see the First Lady of Legerdemain, the Mistress of Magic!


That's what Hillary Clinton's campaign managers should be barking about her joining John McCain in proposing to suspend the federal gasoline tax for the 2008 summer driving season. Says Candidate Clinton, the move would "immediately lower gas prices."

What makes her proposal a true work of wizardry is that, she claims, it would not reduce government tax revenues. Whereas McCain says he would reduce government spending to make up for the lost tax money (an example of magical thinking?), Clinton would implement "a windfall profits tax on the big oil companies" to close the revenue gap.

Did you catch The Amazing Hillary's trick? Did you see why consumers would still pay the same price for gasoline? No? OK, let's watch the sleight of hand in slow motion:

Have you ever wondered why people marvel at the stupidity of bureaucracy? Read this if you have, and then ask yourself, is there no rainy‐​day fund from which the 4th largest school district in the country could pull a single dollar? Or couldn’t the district just budget the money and save it for the next year if it goes unused? Aren’t either of these almost‐​no‐​cost options worth the chance of saving $119,999?

A new report by the Georgetown Public Policy Institute finds that DC public schools did not respond to rising competition from charter schools “as expected”?


No one who has studied the behavior of monopolies, or simply stood in line at the DMV, would expect the public school bureaucracy to react with vigor and dispatch to the loss of its customers. It gets paid anyway.


The Census Bureau recently reported (.xls) that DC public schools spent $1.079 billion for 59,616 students in 2005–2006. As I reported earlier this month in the Washington Post (and in greater detail in this blog), the District is spending $1.216 billion for 49,422 students during the current 2007–2008 school year. The District lost one fifth of its students but its budget grew by 13 percent.


Where is the incentive for it to improve?


And, even if it had a strong systemic incentive to improve, how on earth could it do so? Because of the system’s design, it must hire teachers who have pedagogically worthless degrees in education; the curriculum is centrally planned district‐​wide, denying teachers any real professional autonomy; students are rigidly grouped by their age instead of by what they know and can do, making it much harder to teach them, etc. Even if this system had all the incentives in the world, it likely could only muster modest improvements.


Want a system that is truly responsive, efficient, diverse and constantly seeking to better serve families? Look at what sorts of school systems – and more broadly, what sorts of economic systems — already behave that way: free markets. It wouldn’t be hard to give all families access to a free educational marketplace.