The FDA concluded that, while there were little data, the data available indicated that “SCNT [somatic cell nuclear transfer, i.e., cloning] results in an increased frequency of health risks to animals involved in the cloning process, but these do not differ qualitatively from those observed in other ARTs [Assisted Reproductive Technologies] or natural breeding.” Furthermore, “[e]xtensive evaluation of the available data has not identified any food consumption risks or subtle hazards in healthy clones of cattle, swine, or goats.”

In short, unless the comments provided within the next three months indicate otherwise, food from cloned animals will be on the market in about a year and require no additional labeling to distinguish it from food products from non-cloned animals.

Keeping the Facts Straight   Most objections to “cloned foods” stem from a misunderstanding of the technology and its ramifications:

The law, which went into effect Jan. 1, 2005, is designed to contain health care costs and ensure access to health care for all. When it passed in the Legislature, its goal was to insure 31,000 people in its first year and to cover all of the state’s 130,000 uninsured by 2009.

The program has fallen short of its goals — 12,153 were enrolled in the Dirigo Choice health insurance program at the end of October — and was placed under review this year by a Blue Ribbon Commission representing business, insurers, consumers, labor and the state.

The article reports that Maine is considering tax increases among other measures to address problems with its reform.

There is a huge incentive for states to over‐​promise and under‐​deliver on providing health care solutions. The most popular programs will be ones that have not been given a thorough trial yet.

Gene Healy praises former president Gerald Ford for proclaiming himself “a Ford, not a Lincoln” and demonstrating “a modest approach to the most powerful office in the world.” The Washington Post notes:

Ford never forgot his humble roots, famously presenting himself as “a Ford, not a Lincoln.” He was not even born a Ford. His original name was Leslie Lynch King Jr.

So if not for his mother’s remarriage, he could have begun his presidency by declaring “I’m a King, not a President.” But that’s a claim better suited to the current president than to President Ford.

With the Democrats taking over Congress, most pundits are expecting much debate about income inequality in 2007. Indeed, the debate has already begun in the blogosphere over Alan Reynold’s recent op‐​ed in the Wall Street Journal.

Among the Christmas presents in our house this year were two iPod Nanos. On the back of each of these nifty devices is the inscription, “Designed by Apple in California. Assembled in China.”


That tells a more accurate story than the more common but misleading “Made in China.” As with many other high‐​tech devices, iPods are indeed assembled in China, but the real guts of the device—the design, the brand name, the more sophisticated components—come from countries outside of China.


To those obsessed with the trade balance as a zero‐​sum scorecard, another iPod imported from China merely adds to our growing bilateral trade deficit with China. Granted, assembling iPods does create jobs for Chinese workers that probably pay higher than average wages, so China does benefit. But who is getting rich from all the iPods Americans bought this Christmas, and who is getting the most enjoyment from them? 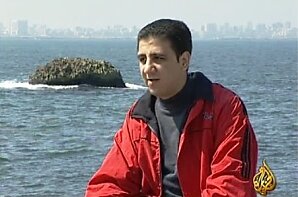 CAIRO: In a cramped jail cell in Alexandria, Egypt, sits a soft‐​spoken 22- year‐​old student. Kareem Amer was sent to prison for over a month for allegedly “defaming the president of Egypt” and “highlighting inappropriate aspects that harm the reputation of Egypt.” Where did Amer commit these supposed felonies? On his weblog.


If the Alexandria prosecutors’ standards of censorship were applied in the United States or Europe, thousands upon thousands of bloggers would be behind bars. The basic right of individual free expression is sadly not respected in today’s Egypt. Yet the authorities’ decision to jail an obscure student for his writing reveals a larger struggle for free speech playing out between dissident bloggers and state prosecutors across the Middle East.

That gives the basics of the case. The entire article is available here.


Thousands have already signed the online petition (but more are needed for it to be effective). Others are writing respectful letters (the only kind that work) to the Egyptian authorities. Resources, including banner ads for blogs and websites, information, press coverage, and more, are available at www​.FreeKa​reem​.org.

…that’s how Gerald Ford described himself once, and there’s a lot to like in that phrase. It reflects a disarming personal modesty and a modest approach to the most powerful office in the world: two things we could use more of in our presidents.

Far too often, Americans look for heroism in their chief executives, a tendency that’s undemocratic and dangerous. It would be wiser to judge presidents through the prism of the med‐​school precept: “First do no harm.” And by that standard, Gerald Ford did pretty well.

Aside from Chevy Chase’s pratfalls, one of the first things that comes to most Americans’ minds when they think of Gerald Ford is the Whip Inflation Now campaign, with its chirpy little “WIN” buttons. Granted, the campaign was ridiculous: an exercise in futility roughly equivalent to Yippies trying to levitate the Pentagon. But better a silly campaign than a destructive one: compare WIN to Nixon’s wage and price controls. In the Whip Inflation Now speech Ford refused to seek comprehensive price controls, and he later made some progress towards getting rid of some price controls on oil.

Coming to power after three imperial and lawless presidents, Ford was sensitive to the temptations of power and the dangers of the White House “bubble.” He ordered his staff to read Twilight of the Presidency, written by LBJ’s former press secretary and special assistant, George Reedy. The book is a scathing critique of the modern presidency, particularly the president’s utter isolation from normal life, perpetually surrounded by supplicants and sycophants jockeying for his attention, which, as Reedy saw it, was “the cause of the many aspects of presidential behavior that are so strikingly similar to the conduct of kings and czars during the great days of monarchy.” (Unfortunately, the book seems not to have made much of an impression on Ford staffers Dick Cheney and Donald Rumsfeld.) Despite two attempts on his life in the space of three weeks, Ford refused to retreat behind a palace guard, bravely resisting Secret Service attempts to isolate him from the public.

Ford wielded the veto pen vigorously, as it should be wielded:

Ford vetoed more bills relative to time in office, an average of 26.4 a year, than all but three Presidents: Grover Cleveland, Franklin D. Roosevelt, and Harry S. Truman. Most of the vetoes by Cleveland, Roosevelt, and Truman, however, had been of private bills, passed at requests by members of Congress to deal with particular problems of individual constituents. All but five of Ford’s sixty‐​six vetoes were of bills dealing with substantive policy issues. Many of Ford’s vetoes were delivered against major appropriations bills, passed by the Democratic Congress to counter the deep recession of 1974–1976. Such budget‐​breaking expenditures, the President argued, would set off a new round of inflation.

(Alas, he had limited success, as can be seen from this study [.pdf] by Cato’s Steve Slivinski). Not all of his vetoes were wise, but many were, including the veto threat that went down in history as “Ford to City: Drop Dead!”

As president, Gerald Ford did less harm than most of those who came before him, and most of those who followed. As the New York Times puts it in today’s obituary, “he placed no intolerable burdens on a weary land, and he lived out a modest philosophy.” In a healthier political culture, that wouldn’t sound like faint praise.