Adapting to When the Heat Is On

The heat and humidity are now on the rise again after a quite pleasant respite. But the last heatwave was exceedingly uncomfortable and prompted an examination of just how miserable Mid‐​Atlantic summers can be. My own weather equipment, in Marshall VA, showed the maximum heat index—a weighted combination of temperature and humidity that’s akin to heat stress—topped out at an astounding 125°F late in the afternoon of July 3.


This wasn’t a nationwide event, unlike the dust‐​bowl summers of 1934 and 1936. Instead, as shown on climatologist Roy Spencer’s blog, the unusual heat was rather circumscribed, with a fairly even distribution of above and below‐​normal temperatures across North America.


It’s worth having a look at the national history of very hot temperatures, shown below: 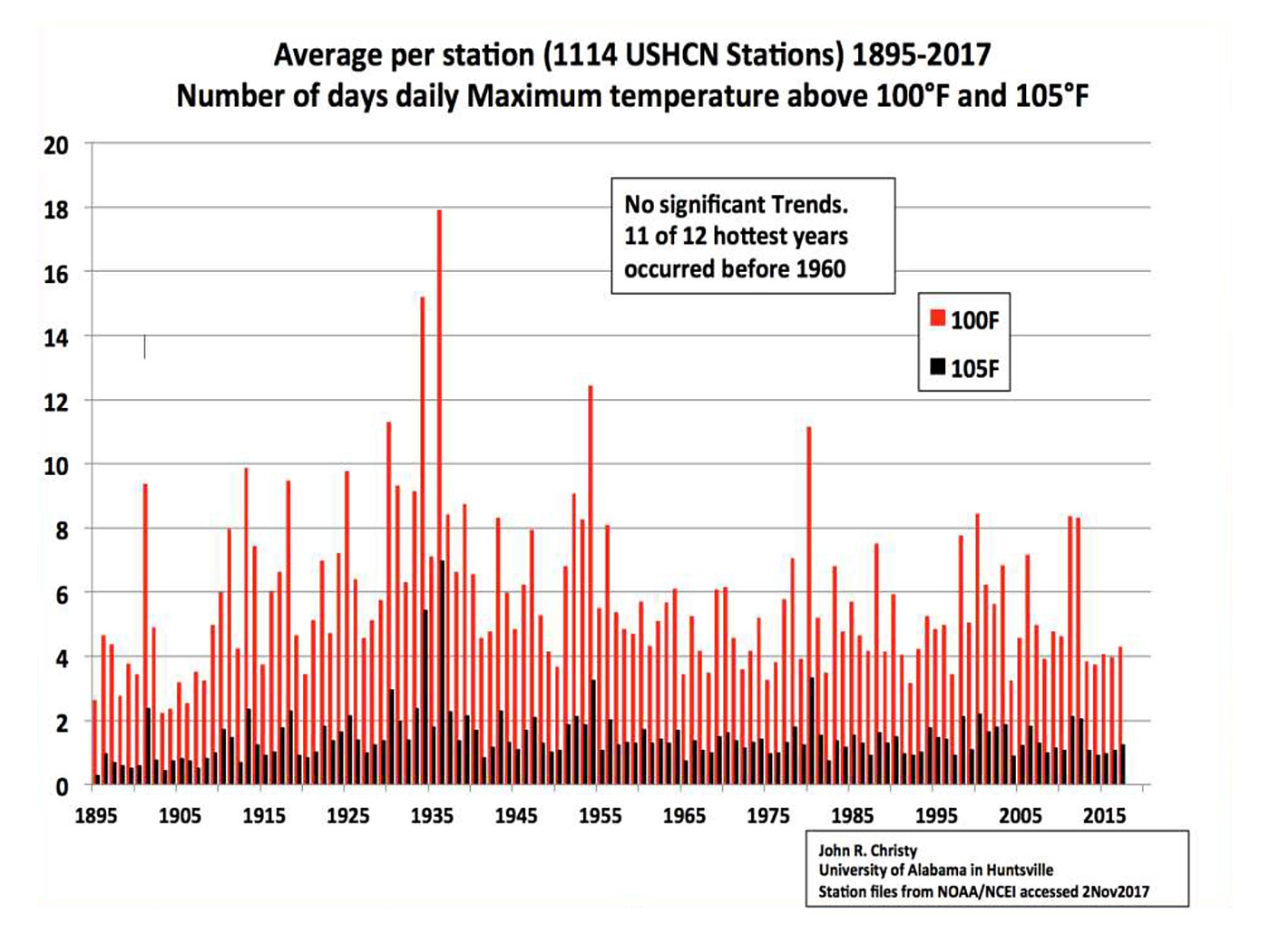 Figure 1. Despite warmer global average temperatures, there’s no trend in extremely hot days in the US record.


The heat of the 1930s has yet to be topped. In our region, none of the recent heat holds a melting candle to the summer of 1930, which was also exceedingly dry. Except for a few locations that got hit‐​or‐​miss thunderstorms, much of the Mid‐​Atlantic saw less than an inch of rain between June 20th and the end of August, with reports of a mere 10% of normal rain being common.


Here’s how hot it was. Leander McCormick Observatory is Charlottesville’s long‐​term climate station. For 23 days, beginning on July 19, 1930, the high temperature averaged 100°. Most Mid‐​Atlantic stations see about one such day per year. During that heatwave, on July 20, Woodstock, in the heart of the Shenandoah Valley, set the all‐​time credible Virginia record with 109°. (There is a 110° reading at Balcony Falls VA in 1954, but it’s not consistent with nearby temperatures.)


Urban Washington, DC was largely without air conditioning, and residents took to the parks to sleep. But that’s not a safe option now, and it’s also not clear that we have enough grid power to handle that much heat. The hottest days in the eastern U.S. come perilously close to bringing down the electrical grid.


Lack of, or loss of, air conditioning in a major urban heatwave kills people. This happened in Chicago in 1995, with 739 excess deaths as the heat index went astronomical. Nearby southern Wisconsin and eastern Iowa saw values above 130°, and one location (Appleton, WI) hit an astounding 148⁰ at 5pm on July 13, the most uncomfortable heat ever measured in the western hemisphere. That was an official airport reading made on calibrated instruments.


A peculiarity of urban heatwaves, at least in the continental U.S., is that as they become more frequent—which they must, thanks mostly to urban sprawl, as well as a slight nudge from carbon dioxide—heat-related deaths begin to decline. This was noted both in Chicago, post‐​1995 and in France, post‐​2003, as subsequent temperature extremes resulted in far few fatalities than would have been expected by heat/​death models.


The response to extreme heat is both political and personal. Because of the Chicago tragedy, cities nationwide developed heat emergency plans, which include both publicity and cooling centers. The French decided that—tres gauche—American-style air conditioning wasn’t so bad after all, as they descended in droves upon big‐​box stores to buy them for granny’s room.