This week, the Supreme Court will hear oral arguments in King v. Burwell, one of four legal challenges to an IRS regulation that purports to implement the Patient Protection and Affordable Care Act, but in fact vastly expands the IRS’s powers beyond the limits imposed by the Act. Just in time for oral arguments before the Court, Vox’s Sarah Kliff has produced what I think may be the best history of King v. Burwell and related cases I’ve seen. Still, there are a few important errors and omissions, listed here in rough order of importance.

1. Kliff refers to the birth of my “twin daughters.”

My wife indeed gave birth to twins, but only one of them was a girl. 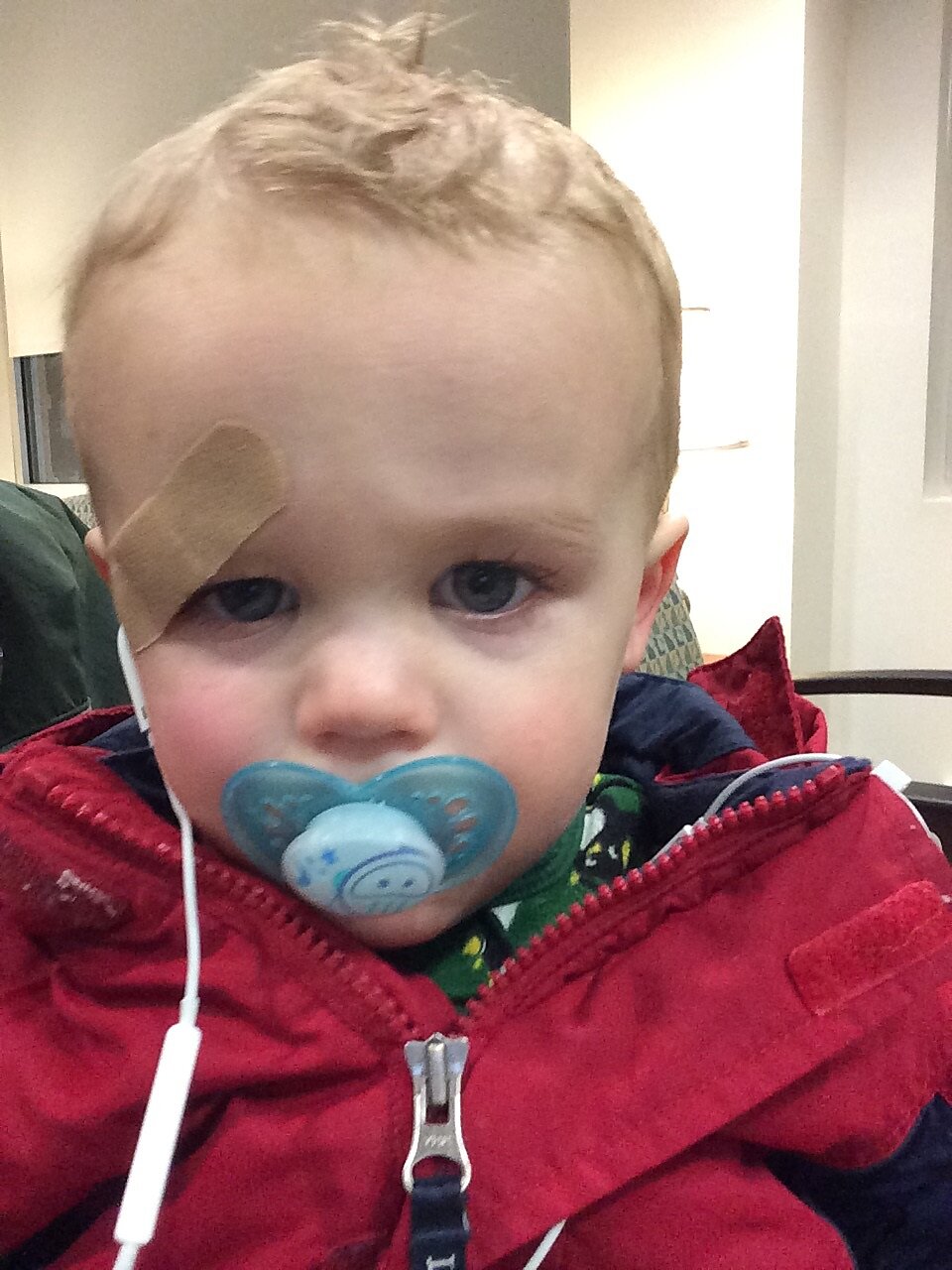 2. The twins’ birth did not cut into my efforts to dissuade states from establishing Exchanges.

They were born after the deadline for states setting up Exchanges had passed.

3. “As anyone who covered it at the time…remembers, the law's passage was an absolute mess,” Kliff reports, and the “messy language and loose ends that legislators expected to get ironed out simply became part of the law.”

Nevertheless, Kliff reports that all congressional staff involved with the drafting of the Patient Protection and Affordable Care Act swear they meant to authorize the disputed taxes and subsidies in states with federal Exchanges. She also reports that all journalists who reported on the drafting process swear that every time the topic arose, Democratic staffers always said these provisions would be authorized in states with federal Exchanges.  (Well, except these members of Congress and this journalist.)

Kliff neglects to mention that there is absolutely zero contemporaneous evidence of any kind that supports those recollections. Or that contemporaneous discussions of that issue, like this one by Jonathan Cohn, show (A) that even the sharpest journalists weren’t paying attention to this issue, and (B) to the extent they did, their impressions were consistent with the subsidies being conditional.

Thus, the only contemporaneous evidence that speaks directly to the question presented to the Court is the explicit statutory text clearly limiting subsidies to Exchanges “established by the State.” That’s probably something Kliff should have mentioned. You know, so readers can decide whether to take the “if you like your health plan, you can keep it” crowd at their word.

4. According to Kliff, in August 2011, Jonathan Adler suggested to me that the ACA only authorizes subsidies through state-established Exchanges and suggested I fold that into the case I was making to state officials that they not implement the ACA.

5. Kliff commits the same rookie (or Freudian?) error every other reporter does by claiming the disputed taxes and subsidies are part of ObamaCare, that a victory for the government is a victory for the ACA, and to rule for the plaintiffs would be “to rule against the Affordable Care Act.”

That is the government’s argument, which Kliff treats as fact. The plaintiffs argument is that they are trying to uphold the law. The two lower court opinions that went against the government said they were upholding the ACA.

By framing the case the way the Obama administration does, Kliff is essentially winking at her readers as if to say, ‘Natch, the government is right.

6. Kliff quotes former Democratic staff director of the Senate Health, Education, Labor, and Pensions (HELP) Committee John McDonough as saying, “There is not a scintilla of evidence that the Democratic lawmakers who designed the law intended to deny subsidies to any state.”

That is flatly untrue.

As even the government concedes, the Democratic senators on the HELP Committee—which McDonough ran—approved a bill that withheld Exchange subsidies in states that did not implement that bill. Kliff has quoted McDonough in the past making the same invalid point, and I have corrected her, to no avail.

Kliff should have informed readers that McDonough himself helped the authors of the ACA do what he now says they never considered doing. Instead, she once again allowed McDonough to misrepresent the legislative history and what the ACA’s authors were considering.

7. Kliff leaves the reader with the impression that the statutory requirement that subsidy recipients must enroll “through an Exchange established by the State”—the only language in the statute that speaks directly to the question presented in King v. Burwell—was a “drafting error.”

Not even the government makes that claim.

8. Kliff reports that Adler told me in August 2011 that the ACA offered Exchange subsidies only in state-established Exchanges, but: “There wasn't much that Cannon and Adler could do with their discovery at that point. The federal government still hadn't published the rules governing how the insurance subsidies would work; it was still possible that the Obama administration might come out and agree with them, saying state exchanges were the only bodies authorized to dole out funds. The Obama administration eliminated that possibility in May 2012.”

Actually, the Obama administration announced its plan to issue subsidies in federal Exchanges almost immediately after Adler told me they couldn’t. The IRS issued its proposed tax-credit rule in mid-August 2011.

9. Kliff reports that “everyone expected” the IRS to offer tax credits in federal Exchanges.

Having read the law, that was not what I expected. Call me naïve, but I was surprised the IRS was violating clear statutory text.

10. Kliff writes, “The whole point of the federal exchanges, after all, was to make sure Obamacare worked in states that wouldn't or couldn't build an exchange of their own.”

How does Kliff know that? This is an assumption, which she appears to make without any contemporaneous support.

I don’t know how Kliff rules out Vanderbilt law professor Jim Blumstein’s alternative theory that the federal Exchanges were nothing more than an “oops” provision to protect the ACA against charges that Congress was commandeering the states. I hope she has more to go on than assurances from the “if you like your health plan, you can keep it” crowd.

11. Kliff writes: “Congress always meant for residents of all 50 states to have access to financial help. It was never a question, during the five years I've spent writing about Obamacare, whether this would be the case.”

Regarding the first claim, Congress also meant for residents of all 50 states to have access to the ACA’s Medicaid expansion. That doesn’t mean Congress didn’t intend to condition Medicaid subsidies on state cooperation.

Regarding the second claim, all that tells us is that journalists should ask more questions and/or members of Congress and congressional staff should read bills more closely.

12. Kliff writes, “For about two years, [Adler, Cannon,] and other challengers made a purely textualist argument.”

Actually, it was less than one year before we learned the plain text of the statute reflected Congress’ intent. We wrote in July 2012: “We were both surprised to discover this flaw in the law, and characterized it as a ‘glitch.’ Yet our further research demonstrates this feature of the law was intentional and purposeful, and that the IRS’s rule has no basis in law. This supposed fix is actually an effort to rewrite the law and provide for something Congress never enacted, and indeed that PPACA’s authors intentionally chose not to include in the law.”

13. Kliff misrepresents Adler’s and my argument that Congress intended to condition subsidies on states establishing Exchanges.

Fortunately, to her and Vox’s credit, she let me make that case in my own words in a previously published interview (read the whole thing):

Sarah Kliff: Are you 100 percent convinced it was Congress's intent to withhold subsidies in the federal exchange?

Michael Cannon: There are two ways to interpret that question. Did the people who wrote this language mean to withhold subsidies in federal exchanges? My answer to that is, I'm 100 percent convinced that they meant to do that.

The other way to think about it is, "Did the people who voted for this law intend to withhold subsidies in federal exchanges?" That’s a different question, but the answer is the same. I’m 100 percent convinced that’s what the members of Congress who enacted this law meant to do, just the same way I’m 100 percent convinced they meant to throw people off of their existing health plans even though they said, "If you like your health plan, you can keep it."

14. Kliff writes that when Oklahoma became the first plaintiff to challenge the IRS rule, it “couldn't scrounge up additional plaintiffs before the deadline to amend its case and ultimately went it alone.”

In fact, Oklahoma had additional plaintiffs lined up, but the court wouldn’t allow those plaintiffs to join the suit.

15. Kliff writes, “And on July 22, the subsidies argument got its first positive news. In the span of two hours — and by pure coincidence — the appeals courts for the District of Columbia and the Fourth Circuit issued conflicting rulings.” (Emphasis added.)

If Kliff can substantiate the claim that this was a coincidence, she should share it.

16. Kliff writes, “[Jonathan] Gruber has disavowed the remarks [in which he told audiences that the law conditions subsidies on states establishing Exchanges], saying that he spoke ‘off the cuff’ and made a mistake. There's reason to believe him: Gruber spoke regularly to dozens of reporters during this period and never mentioned this idea to any of them.”

Kliff should have mentioned there is also reason not to believe Gruber’s disavowals. Gruber made that claim multiple times, and his attempts to explain those comments away reveal, um, inconsistencies.

17. Finally, Kliff writes that the government’s argument “has remained consistent throughout the process.”

No, it hasn’t. When King v. Burwell reached the Supreme Court, the government unveiled a new argument: “The phrase “Exchange established by the State under Section [1311] is a term of art that includes an Exchange established for the State by HHS.” The government also called the phrase a “technical term” that “reflects style and grammar—not a substantive limitation” on the IRS’s power.

The government had never previously called that phrase a “term of art.” The only statutory provision it had described as a term of art was the term “Exchange,” and the government described that as a “defined term of art” (emphasis added) because, unlike “Exchange established by the State,” the ACA actually bears a definition that gives the word “Exchange” a meaning other than its ordinary meaning.

I meant what I said at the beginning. This really was the best history of King v. Burwell and related litigation that I’ve seen.