As the Trump administration debates whether to help fund a $1.75 billion transit project in California that will do almost nothing to increase transit ridership, it is time to reconsider whether transit should be subsidized at all. Here are ten reasons to end those subsidies.

1. It's the most costly transportation we have

Other than transit, the most expensive passenger transport was Amtrak, which cost about 53 cents per passenger mile in 2015 of which 19 cents was subsidies. Not coincidentally, Amtrak is also government owned, suggesting that government ownership either makes transportation more expensive or government is stuck with the obsolete clunkers in the urban and intercity transport markets. 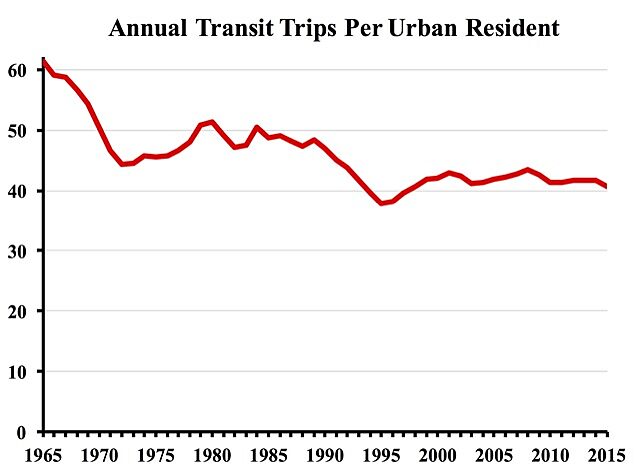 3. Few use it and fewer need it

In 1960, when most of the nation’s transit was private (and profitable), 7.81 million people took transit to work. By 2015, the nation’s working population had grown by nearly 130 percent, yet the number of people taking transit to work had declined to 7.76 million. 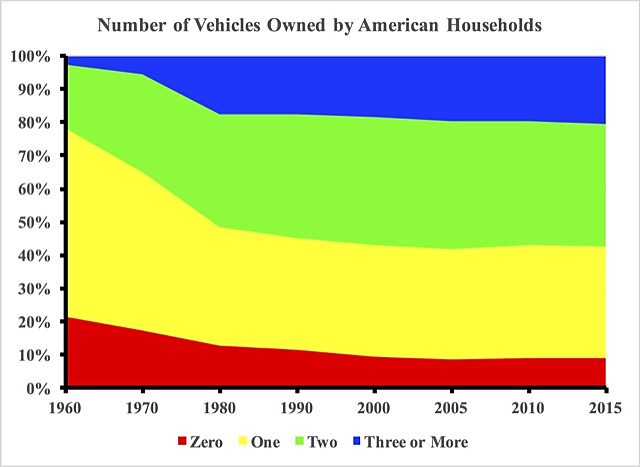 New York City, where 58 percent of commuters take transit to work, is the only American city that heavily depends on transit. Transit carries less than 12 percent of passenger travel in the New York urban area, less than 8 percent in the San Francisco Bay Area, and well under 5 percent everywhere else. 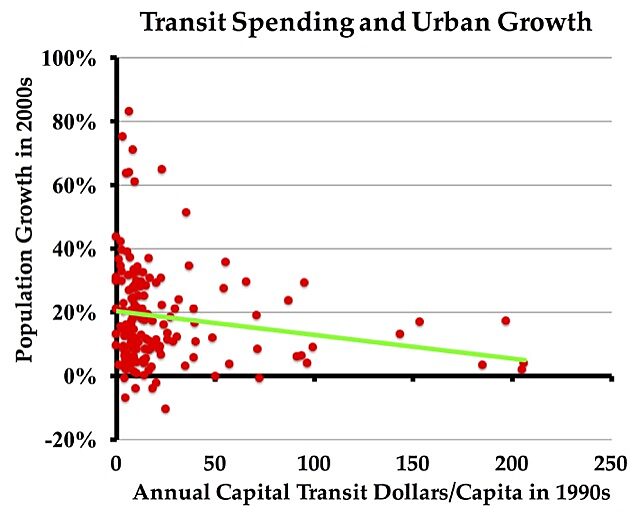 To improve urban vitality, what cities really need are lower taxes. Transit is one of the biggest tax burdens on residents and businesses in many urban areas, and those that spend the most on transit tend to grow slowest, while those that grow fastest are the ones that spend least on transit.

5. Social and environmental benefits are negligible

Transit helps the poor, saves energy, and reduces pollution, right? Wrong! According to census data, people who earn $75,000 and up are more likely to ride transit than people in any other income bracket. Transit subsidies are subsidies to the wealthy.

Nor is transit particularly green. Transit uses more energy and produces more greenhouse gases per passenger mile than the average car. Transit uses less energy than cars in only a handful of urban areas, namely New York, Chicago, Atlanta, San Francisco, Portland, and Honolulu. Even in these areas, you might be able to personally save energy by riding transit, but increased subsidies to transit end up using more energy and producing more pollution than they save.

Although many states have outlawed private competition with public transit agencies, where competition is legal there are many profitable private transit operators. New York has the New York Waterway ferry service plus at least a dozen profitable private bus companies. The Atlantic City Jitney is a completely private transit system serving hotels and casinos. In San Francisco and Seattle, companies such as Apple, Google, and Microsoft find local transit systems fail to serve their needs so they have started their own private bus services to take their employees to work.

Some public agencies save money by contracting out transit to private operators. Denver contracts out half its buses, and the half it contracts out costs 53 percent as much to operate, per vehicle mile, as the buses the transit agency operates itself. Nationwide, buses that are contracted out cost 66 percent of buses that are operated by agencies, suggesting that, if transit were privatized, private operators could cut costs by a third to half without cutting service.

Since the federal government began subsidizing transit in 1965, worker productivity has collapsed. Before 1965, the transit industry carried close to 60,000 transit riders per worker each year. Today it is down to around 27,000 riders per worker. 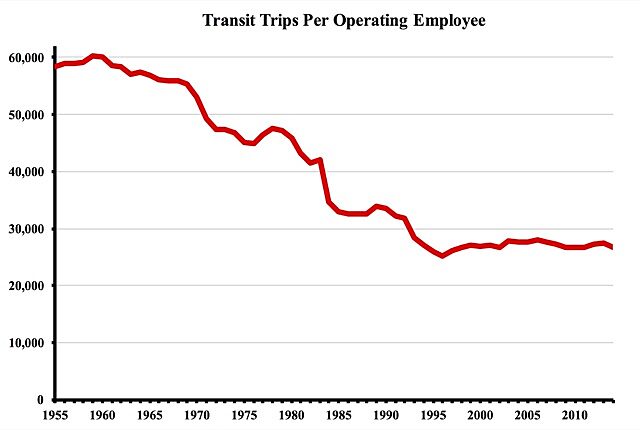 Transit productivity declined in other ways as well. In 1960, fares covered virtually 100 percent of transit operating costs. Today it is less than 35 percent. In 1988, the earliest year for which capital expenditures are available, every inflation-adjusted dollar spent on capital improvements produced 1.25 transit rides. By 2015, it was less than 0.55 transit rides.

8. It only moves people

Freight movements are the life blood of any city. Without shipping, people starve, hospitals run out of supplies, and construction and manufacturing grind to a halt. Transit carries virtually no freight, and the emphasis that many cities place on increasing transit ignores the freight systems those cities need.

More than a fifth of federal highway user fees go to subsidize transit. Many states, including Connecticut, Delaware, Massachusetts, New York, and Pennsylvania, also divert a large share of highway user fees to transit subsidies. This means less money is available to maintain and improve highways, which means more congestion, which makes consumer goods more expensive, increases costs to delivery companies, and drives up the costs for almost every business in a region.

Transit advocates often argue, or at least imply, that increased subsidies to transit will relieve traffic congestion. In fact, that is rarely, if ever, true.  "Increasing transit utilization does not lead to a reduction in traffic congestion," says Thomas Rubin and Fatma Mansour in a study of the relationship between transit and congestion in 74 urban areas. While completely eliminating transit from New York and a few other urban areas might increase congestion, private operators could easily take over public transit operations in those areas.

10. Driverless cars will soon replace it

Shared transportation companies such as Uber and Lyft are already having an impact on the transit industry. Once those companies have driverless cars, they will be cost-competitive with and far more convenient than public transit. New York City is the only place in the country whose population and job densities are too great for shared driverless cars to handle.

This suggests that transit as we know it will cease to exist in a decade or so. Rather than spend billions building new transit lines that few people will ever ride, transit agencies need to figure out how they are going to pay their unfunded pension and health care obligations once they have no transit riders they can use to justify their subsidies. It is time to stop subsidizing this wasteful and declining industry.