The New Right v. the Constitution 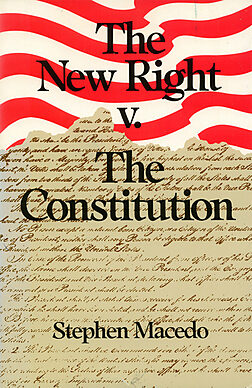 Professional Licensure and Quality: The Evidence

The wave of deregulation that has swept the American economy in the past decade has now reached the last bastion of traditional economic intervention, antitrust law. Scholars have skeptically reexamined the case for antitrust, regulatory authorities have eased their grip, and now the Reagan administration has proposed a sweeping reform of the Clayton Act.

D.T. Armentano has long been one of the foremost critics of antitrust, and in this new book he states his challenge squarely: there is no respectable economic theory or empirical evidence to justify antitrust. Antitrust laws have been employed repeatedly to restrict the competitive market process and to protect the existing industrial structure. They violate both economic efficiency and individual liberty, and they should be repealed.

Armentano’s case, relying on both economic theory and a review of leading antitrust cases, is sure to challenge both the critics and the friends of antitrust orthodoxy.