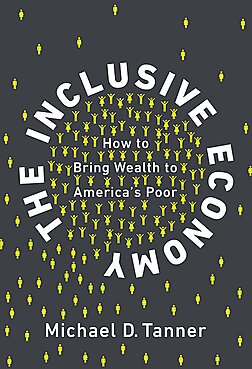 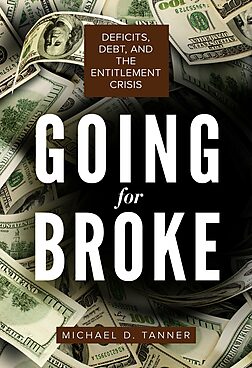 The Poverty of Welfare: Helping Others in Civil Society 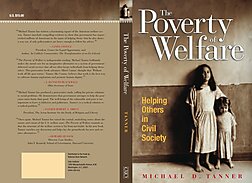 The End of Welfare: Fighting Poverty in the Civil Society

Bill Clinton promised to “end welfare as we know it.” Alas, he has not. Despite the 1996 Welfare Reform Act, the modern welfare state is still fundamentally intact.

In this book, The End of Welfare: Fighting Poverty in the Civil Society, Michael Tanner argues that that must change. He contends that government welfare programs have failed to accomplish their ostensible goal of alleviating poverty and, moreover, they have undermined the traditional American principle of voluntarism. The interventionist welfare state has replaced civil society with political society and the results have beendisastrous.

Tanner traces the history of welfare programs and finds many of them rooted in the Progressive Era. Although those programs had modest beginnings — for example, the Children’s Bureau’s first annual budget was only $25,640 — they nonetheless laid the groundwork for the New Deal and the Great Society, which expanded government assistance programs enormously. Indeed, the author points out that the welfare state has ballooned to such a level that in “40 states welfare pays more than an $8.00-an-hour job. In 17 states the welfare package is more generous than a $10.00-an-hour job.” Clearly, the system is in need of major revision. But both conservative and liberal critics have misunderstood what needs to be done, writes Tanner.

Liberals often claim that increased funding for job training and child care coupled with an expansion of the earned income tax credit would help many leave the welfare rolls. But, Tanner argues, there is little evidence to support such assertions. For example, “Not only do job‐​training programs fail to move significant numbers of people from welfare to work, they may actually have the opposite effect — moving people from work to welfare. Since individuals may be eligible for training programs only if they are on welfare, it becomes a rational decision for low‐​income working people, currently making a marginal living, to quit work and enter the welfare system.”

Conservatives, on the other hand, frequently push for the establishment of “workfare” programs and support block grants. Those programs, Tanner argues, are also flawed. Workfare “does not address the most serious social consequence of welfare — children growing up in single‐​parent families.” And block grants, in reality, do little to return power to states and local communities.

In contrast to liberal and conservative critics, Tanner argues that welfare “cannot be reformed.” Instead, it “is time to end it” and to finally realize that state‐​supported efforts to cope with poverty are doomed to failure. In place of government programs, Tanner proposes a two‐​pronged approach. First, undo the shackles of regulation and taxation that have been placed on the economy and allow it to grow, thereby providing jobs for those who are able to work. And second, rely on private charities to aid those who can’t work or are temporarily between jobs.

Private charities, Tanner argues, “are far more effective than government welfare programs.” They “can individualize their approaches and target the specific problems that are holding people in poverty. They are also much better at targeting assistance to those who need it most and at getting the most benefit out of every dollar.”